It seems that home prices have currently leveled off after a nice bounce from the 2008/2009 period when home prices declined drastically. Currently Mortgage rates are close to record lows (as of 1/10/2015), and that is "after" the FED has announced their Bond buying will decrease. This news should have made interest rates shoot up, but not so. Rates have now come back down to a level lower than the FED intial Bond buying announcement. This is a troubling sign, as home prices should be booming also. Is the Economy in so much trouble that we are going to be in for tough times ahead? Many economists believe so! I beleive we are in for some Economy hiccups, but not as bad as many Economists think. Either way, reducing your debt and refinancing higher debt into low Mortgage loan rates is something that will always help. Take advantage of these low rates now by refinancing. Lowering payments and elinating debt will always make our financials stronger!

You are so right about refinancing.  Homeowners need to jump now!  My take is the stock market is so overly inflated it has nowhere to go.  Rates can't rise because the global economy is in turmoil and people with money can't find safe haven to invest, so they've been putting it into bonds. Home prices have been driven-up and now exceed pre-recession prices in many markets (due in large part to investor purchases, flips, and the like) that buyers who'd like to live in them are having a hard time coming up with large payments on incomes that haven't kept pace with real inflation.  Sad, but looks a lot like another recession may be on the way.  Refinance and lower your payment for the long haul! 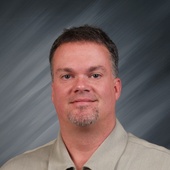