So one thing we deal with in property management is emergencies by our tenants, and while it is always stressful and difficult, it is always so amazing to me how many can be prevented.

This week I had two: One is a hospitalized resident with carbon monoxide poison and the other had a cooking fire. Both would be difficult to stop, but the alarm is what was missing.

In the first case the detector was too old to detect the issue as the tenant had a plug-in type that was years old. Did you know the sensors wear out over time?

The second was a kicthen fire that happened while her back was turned. The smoke detector was old and the battery died, and she took it down to stop the chirping, with the intent to get another battery and put it up later. While in another room she didn't realize the kitchen was on fire and now she too is in intensive care.

So this week, forgo the cost of one meal out of the home and get a new detector and a pack of batteries!

Dennis, excellent suggestions and reminders. Don't know why people put their safety at risk for such small investment of money.

My HVAC service firm checks smoke alarms and changes batteries 2X a year...if the alarm is bad after testing, they replace for $30...well worth the expense....and I do not risk letting residents do this very important work.

YES....there is a difference in smoke alarms and the two different alarms need to be placed in different places.....

Wallace-if they test by pushing the button they all work. They need to test with a flame or smoke as over time the sensors get de-sensitized. We replace them every three years.

Good morning Dennis. I am aware that the sensors do wear out. 10 years is the estimated life expectancy. Great awareness post.

Dennis, we'll have to check those batteries and the carbon monoxide detector too.  Thx.

Excellent reminder, Dennis.  We need to keep these detectors in good working order.

What a week you have had Dennis, so far we have never had an incident like either of these.

We do make sure to have working co and smoke detectors in all units and council the tenants to keep the batteries in them. 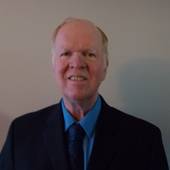