Ok so you caught me, I am a hockey fan and my kids think I'm a little crazy at times. Oh well, they just get to live with it. So last night was the last game of the season for my beloved Canucks and the game was a blowout. But you know what, it didn't matter. The whole stadium, 18,000 + fans were all about Trevor Linden. It was probably the most  respectable game of the season.

You may ask how can that be when the score was 7-1 Calgary, but I guess you would have had to have been there to see it. It was apparent from the way Linden was always on the ice and everyone was chanting. I feel extremely thankful my family and I would get to watch a game like this. Jerome Ignila was poignant in the way he lead his team on the ice to wish Trevor well. If he truly is retiring we will miss a great player, one that gives back and humble about being so.

My daughter will never forget having him lift her up to sign her Jersey a few years ago, she was so little and yet he made her feel so big.

So, are there any other hockey fans out there? 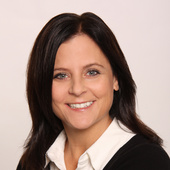