When people have asked me in the past, “Hey, Evan, tell me about your business,” I had a standard and honest response up until recently. I would tell them that we have four offices, about sixty agents, and overall we do really well. That’s been my kind of immediate response. Then the ir follow up question generally is, “Ya, but how many people do you have that actually do business?”

Well, let’s make this completely clear. In order to do so, I feel that a sports analogy works wonders. For instance, let’s talk about a baseball or football team. A football team has about 53 guys; 11 start on defense, 11 start on offense and that right there is only 22 out of the team of 53. What about those other 31 players?

We all know that they all play a role, whatever it is. The punter needs to come out every so often, the place kicker needs to come out every now and again also, there’s always a special team player that is well liked and well known and plays on the team. So, when someone is asking how many agents are on our team in the Russell Realty Group or how many actually “produce,” I think it’s kind of rude and, to be honest, an unfair question. Yes, this may come across as a speech from my soapbox, but bear with me...

Every member of a team plays an important role regardless of what the team as a whole may do. So, when asked how many people I have on my team and what we are doing for business, so people can try to gain an understanding about my business model, it’s not fair to judge it all entirely on agent count and their productivity. The big picture all hinges upon how the Russell Realty Group brand is recognized within the industry and within the towns in which we operate. Based on what we have done year after year, it really doesn’t matter what percentage of my team “does business,” what matters is that together we do GREAT business and are a viable company.

The next time someone wants to ask me this line of questioning, they need to be prepared because I will tell them that I have 60 + agents, yes there are a portion of them that may not appear “productive” to some standards, but yes, they are important and yes they are working toward the greater goal of my entire team. Everyone is a part and parcel of this team regardless of their “business production” records to the laymen’s eye.

We are happiest this way and we will stay this way!

Read more on the RRG Academy 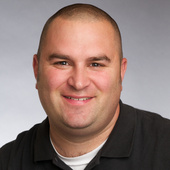