When We Knew We Were Onto Something

The magazine was distributed on Thursday, and by Monday, we had our first paying clients signed up for Credit Repair.  And when we listened to the husband describe how his wife had responded to our ad, we knew we were onto something.

They were the sweetest couple whose son had had a heart problem since birth.  And as you can expect, the medical problems translated into large medical bills which translated into credit problems.  Although the father was a successful sales manager for a local rv company, the couple never thought they'd be able to buy a house.  But still they dreamed of owning a home, so the wife did what she often did-she thumbed longingly through the Homes and Lifestyle magazine imaging what it would be like to own a home of their own.  And as she did, she saw our credit repair ad.

The husband told us, as he filled out the paperwork for credit repair with www.creditbuildersinc.com that when his wife saw the ad-she immediately ripped the page out of the magazine and thrust it into his hands, "Call these people tomorrow!  Maybe we'll finally be able to buy a house."

They qualified for a mortgage 2 months later!

Show All Comments
Michael A. Caruso
Surterre Properties - Laguna Niguel, CA
A credit from the seller for buyer closing costs can get a lot accomplished. Today, 1 point paid can make a big difference in the interest rate and that can make the difference to the buyer.
Like
Pamela Kemper
Azure Tide Realty and Pamela Kemper Florida School of Real Estate - Bradenton, FL
Pamela Kemper
Thanks, Michael, for the thought about the point paid by the seller.  As a realtor, I have found it to be so important to communicate clearly with the loan officer involved to make sure that I was writing an offer that would be a win win for the buyer and seller--and very often getting a buy down has been a perfect solution to getting a home sold and a buyer in the house.
Like
Toni Hogan
ToniHogan.com - Houston, TX

Pamela, do you provide credit repair services yourself or do you refer your clients to anothe company?

Credit Builders Inc provides the services ourself.  it is NOT third party.  The other two owners and I direcly train and supervise the staff (working physically in the same office even) so that we can go about the business of real estate.  But the company is still small enough that I put in hours of unpaid work everyday both in the promotion and the actual credit repair activies.  But it has been wonderful.  It has enabled to put me directly involved with what works and what doesn't. 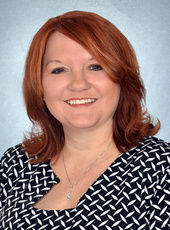 A resource for people interested in buying or selling real estate and for real estate professionals dedicated to developing a successful real esate career.