Mid October, I received a text from a previous client asking me to work with her brother who was relocating from the Chicago area to Phoenix.  I immediately called her brother, spoke in depth with him about his motivation, time frame and where he was in his home search.  I was delighted to find he had already done the most important step - BEEN FULLY PRE-APPROVED for his mortgage.  He knew that pre-approvals are just about mandatory with real estate contracts in our hot Phoenix real estate market (not just the temperatures.)  Then, he told me he had already identified three or four subdivisions which met with his commuting time lines and in his price point. After viewing some homes with him, he was able to narrow his want list down to three houses and we went for second looks.  Then, a third look on the one on which he wanted to put in a contract.  Here's where the negotiation started AND got so EASY:

My Phoenix home buyer actually would calculate not only what his percentage of negotiated price would be but also what the net effect to the seller would be.  He actually saw BOTH sides of the contract process - his desired price and the end result to the seller.  He knew it was a two way negotiation and can't be all one sided.  He was reasonable and responsible and didn't ask for the moon.

We did get into a bidding war, typical in our hot Phoenix real estate market, but because of his common sense/two sided approach, his contract was accepted and we happily closed just 45 days later.

If you're negotiating a real estate contract, try to do has he did - put the seller's side in your mind as well as your side.  Then, meet middle of the road.  It worked for this Phoenix homeowner!!!!  Thank you, James, for a very pleasant and realistic transaction and here's to many wonderful years in your new home.

If you're looking to purchase a home in Scottsdale, Cave Creek or north Phoenix, please call me - I'll help you from start to finish including realistic negotiations to help YOU achieve homeownership.

Don't we love a buyer with common sense.

@LEANN Sink when trying our best for our buyers we can get caught up in saving them so much money that we risk loosing the house deal. It is indeed a fine line. Keep your eye on what they want. It is not always that extra $1000.

Dream client! You both did your homework and it paid off. Great post, thanks!

Happy to hear the Phoenix market is hot these days-hope it spreads throughout the country!

Juli, your Phoenix buyer is wise.  I suspect his Realtor is top-notch!  This transaction is a good example why it's essential for both sides to understand the  wants, needs and goals of the other party.  If only we could clone this buyer!

Great, Juli! It's always nice to work with a reasonable, educated, prepared client!

The buyers was motivated and logical.  When they are this way . . . guess what?  They get the property they want to call home!

Juli, When both sides in a transaction understand that they may have to give a little during the negotiation process, things always seem to go much more smoothly and quickly. Great post!

It takes two to close and both must be reasonable and motivated to achieve their goals. Great post.

In my negotiations, I always tell my buyers to think of the seller's reasons for selling.  Put themselves in the seller's shoes, if you will.  I have been very successful with that approach.  I ALWAYS want to get the best for my buyers, but if I insult the seller, the buyer ends up with nothing.

Like many have written Juli, I also recommend looking at it from the sellers' side as your buyer did.     "Win-Win" might seem like an overused term but it's a very successful approach to negotiating when the buyer really wants the home.

Juli, you we blessed with a rational buyer that used his common sense.  I will often ask a buyer that wants to low ball an offer if they would be willing to just give someone a $40-to $50,000 deduction in good spirit

I want to be known in my marketplace as a skilled and creative negotiator, can anyone recommend some "true to life" and practical books that I can read?

I wish all buyers had this much common sense.  Knowledge is power.  Seeing the other persons perspective will lead to success.

It would be great if the buyers were as pro-active as yours.  Many aren't.  Our market here in the Indianapolis area is getting pretty hot.  Sellers know that they can get their price and most often here will hold out for it.  Trying to tell a buyer and even showing them the statistics and the Active, pending and sold just doesn't work sometimes.  Sometimes they have to go through the school of hard knocks.  It is wonderful when a buyer and seller are both reasonable and are willing to come to terms with each other.

Keep this one in your files.

I'll bet his personality type if an INTJ ... I love working with INTJ's and INFJ's.

This is a good post and we all need to remember that both parties need to feel they won something or the deal will just not happen.

Wonderful advice and kudos to your client for being fair. Sounds like you had a good seller, and agent, on the other side, too.

How great is it to say "hot Phoenix market". I can remember being out there in 2009-10-11 and it was very different. So glad our industry recovered strong. Great post, good points. We need to remind our clients, both sides need a win and it's chess, not tackle football. 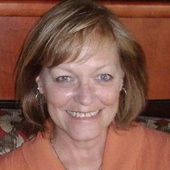 Newest For Sale Homes in Scottsdale

Get this widget
Mortgage Calculator
Mortgage Rates on Zillow
Contact Me
Interested in buying or selling your home? Drop me a quick email and I'll get right back to you.
Juli Vosmik
Call: 480-710-0739
Scottsdale Real Estate