This morning I was working away on my computer and the internet stopped working. Unfortunately that's not too uncommon in my office, then my screen froze, an the dreaded blue screen of death showed it's ugly head. This is the first time I've seen this on a windows 8 machine so I waited to see what would happen... The computer rebooted, started the boot process, did some checking, and then a strange message appeared:

Umm, what? I started having flashbacks to my days in IT. I started going through my checklists in my head, what could be wrong? What happened? The next thought was "This really isn't happening is it? The computer isn't that old."

One thing I didn't worry about was my data. As a practice I've been saving all my files on my OneDrive so it's all backed up and synced to my other computers. I quickly did a mental inventory, nope, nothing serious I could think of was on the local hard drive that wasn't synced. Next step was to do some diagnostic trouble shooting. I ran the built in utilities and my suspicions were confirmed, the hard drive was showign as there, but not accessible. Really? I don't need this today. Thankfully there were no pressing needs... until I got a text from a client to run some comps and likely write a contract.

After watching the diagnostics sit on the screen and making some calls I decided to get out of the diagnostics which would reboot the computer. I figured I'll let it try one more time and then shut it down with the power button. I prepared to go meet my client, gathered my iPad and other docs and looked up to see my login screen... um, am I dreaming? Is that's what's really on the screen? I attempted to login and viola! I was back in. I double checked my files, check everythign synced. Ran the updater, everything A-Ok.

I'm not sure what really happened because the computer continued to run fine for the rest of the day. I think it's time to get a new hard drive ready, but at least I can now clone the drive rather than have to reinstall the operating system.

Please take a lesson from my experience. Back up your computer files. I'm often asked how often should I back up. My answer is always the same,

"How much can you afford to lose?"

Or you can use a continuous system like I do with OneDrive or Google Docs. Everything I had outside of what I was immediately working on and anything that had not been synced in the last 30-60 seconds.

RVA HomePRO Michael Hottman
So true - I paid a whopping $5.00 to Google for extra cloud storage and got $5000 of peace of mind. Glad yours is working again!
Lynn

Hi Michael.  Computers are such mysterious machines.  I use Carbonite.

This is my solution for most computer issues.  Shut if off, wait a minute, turn it on.

Good morning again Michael. I am so glad I went to a Mac and don't see the blue screen anymore.

Conrad Allen they are mysteries at times, even for someone who did corporate IT work for 12 years.

Gabe Sanders That's my first step when things are acting strangly. The machine had been rebooted several times and then decided to start working again.

Sheila Anderson Macs are not immune to kernal panics or hardware failure, I've experienced my share of them on the Macs I've used and maintained. I love macs too, that's where I learned many of my computer skills.

Michael I am a slow learner took two Laptops  before I went to Carbonite:)), Endre

Backing up is the key to avoiding a heart attack (LOL).  I've run into this before and I do exactly what you did...shut it down, let it sit, then turn it back on.  Happy to hear that this worked and you didn't lose any valuable information.

Brrrr......I'm stressed  even thinking about possibility of loosing files and pictures.

I am always sad for new customers who come on board to our web-based software and say "my computer crashed and I lost everything!"  At least I can promise them that our cloud solution won't put them through it in the future. 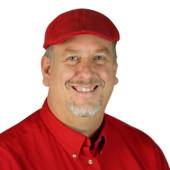