Living in Gig Harbor is like Living in Kirkland without the traffic!

We Have a really nice waterfront town, awesome stores, and the people can't be beat!  Just passing on some real estate news from the month of December.

"December was one of the best Decembers on record," observed J. Lennox Scott, chairman and CEO of John L. Scott Real Estate upon reviewing the latest statistics from the listing service.

January is shaping up to be a very positive month also with 58 homes under contract in the last 22 days.

MLS members reported modest year-over-year price gains (about 5.5 percent) for homes and condominiums that sold last month compared to 12 months ago. The number of new listings added to inventory was nearly identical to activity of a year ago, but with pending sales outpacing new listings, the selection, as measured by total active inventory, dwindled by about 8 percent compared to a year ago.

Commenting on the combination of scarce inventory in some areas and expectations of rising interest rates, the head of one large real estate company advised, "Anyone thinking of buying a home should do it early in 2015!"

"Prices, interest rates, and rents will continue to rise," stated Mike Gain, CEO and president of Berkshire Hathaway HomeServices Northwest Real Estate in Seattle. "The cost of buying a home is not determined by price alone but by price and the mortgage rate," he explained, adding, "The longer a buyer waits, the higher the mortgage payment as prices and interest rates continue to increase."

High-end homes are selling well, according to brokers and MLS data.

Great Blog. Check out the activerain templates to better optimize for SOE and lead capture.  Search on youtube for activerain and you will find some great tutorials on blogging. They will walk you through how to use the templates and how to write great blogs that work. But as they say any blog is better than none and you can always come back and make them better. 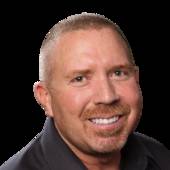