According to The Real Deal:

Wynwood is the hottest South Florida neighborhood in 2015, according to a Redfin ranking released Thursday.

Coral Terrace, South Golden Glades, Buena Vista and Golden Pines followed. The median sales price in the Wynwood Art District was $373,000 and homes spent an average of 94 days on the market. The hottest neighborhoods were ranked by affordability and convenience.

the South,’ Wynwood is a popular destination among professionals who seek to live in a hip and vibrant neighborhood,” Redfin agent Aaron Drucker said in a statement.“Wynwood is also one of the few remaining neighborhoods where you can enjoy a beer for under six bucks, depending on the venue.”

What an opportunity for buyers in your area.  Thanks for sharing with us In AR Land. 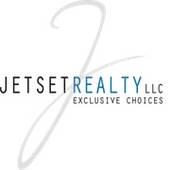