What else but another mixed bag of news to end the week on and why I call for rates to likely remain sideways for a little bit longer.

Issues abroad, as well as reduced demand for manufacturing Canada introducing their own stimulus and Russia with a bunch of issues are all making the US bonds look like the safe bet and why demand is high and rates saw improvement.

Not a purveyor of doom by any means but with financial issues across the globe and not isolated to the US it makes you wonder where is all this going doesn't it? If not it should.

The FNMA 3.0 coupon is currently up 25bps and likely will close today close to its current levels keeping rates nice and low and in line with current pricing.

Treasuries got a boost yesterday as the European Central Bank (ECB) President Mario Draghi announced that the ECB will launch a new quantitativ easing program in March of this year. The QE program will include monthly asset purchases of $60 Billion and will continue through September 2016 for a total purchase of $1.14 trillion Euros ($1.28 trillion). The Euro has been in decline for the past six months, it ended 2014 down -12% vs. the dollar for the biggest loss since 2005 and has extended those losses into 2015. In reaction to the news we have seen a sharp move lower in the Euro, a spike in volatility, and a small rise in European stocks. The Stoxx Europe 600 Index added +1.9% and the Euro weakened to an 11-Year low. Eurozone bond yields declined on the news including bond yields in: Germany, France, Italy and Spain. German 10-Year debt declined -8 bps to 0.45%, the French 10-Year note dropped -9 bps to 0.62%, Italy’s 10-Year yield fell to 1.556 (lowest since 1993), and the Spanish 10-Year yields declined to a record low at 1.397%. US treasuries got a boost with the 10-Year note up +20 ticks. With negative interest rates in Russia and Germany, negative MoM inflation in the Eurozone, and the recent plunge in the Canadian dollar we are seeing a sustained bid for quality US debt.

Thanks for the mortgage snaphot David. I appreciate it. Hope you have a GREAT weekend. D

Hi David - Thanks for the update. Your insight is always valuable and we rely on it to keep our clients informed.

Hi, David...You have the best reports. Thanks for sharing. I wish you were going to be going to Westcliffe for our meetup. I would love to meet you. Sorry I couldn't make the one you hosted.

Good morning David. Another excellent report, you read the market very well. Always great to read info shared by someone that knows what the hell they are talking about.

Thanks for sharing the Market Snapshot.

You have such a good handle on what is happening in the financial markets and I love your predictions.

Hello David,  You have a great handle on things and what could happen.  You are the man!

David, thanks for the mortgage update, and hope that all translates into more stable interest rates!

The drastic drop in the Euro hit me hard since I get a retirement check from Germany each month! 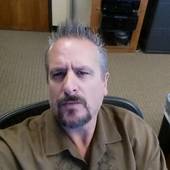