Where would you think the recently stolen French Laundry would be. My first two thoughts Asian or Europe. Nope, the bulk of the wine has been recovered in of all places, North Carolina.

After weeks of investigation, three local detectives flew to Greensboro, North Carolina, on Monday where they recovered the wine bottles. They back to Cathe Napa Valley with the wine on Wednesday night. No arrests have been made.

From The Napa Valley Register story about this

Because these French wines are so pricey, every bottle has a unique serial number on its labels.

The corks and capsules also have markings only visible through ultra-violet light to prevent counterfeits, according to Daniels.

After the heist at The French Laundry was reported, Wilson Daniels distributed the identification numbers of the pilfered bottles to auction houses around the world and to a network of individuals associated with the wine, including distributors, Daniels said.

A similar incident occurred at the restaurant REDD in Yountville in early January 2014 when one or more unknown suspects broke into the restaurant during its annual closure after the holidays. The restaurant lost 24 bottles worth $30,000, said REDD representative Nancy Irving. The break-in was reported Jan. 14, 2014.

Groups:
AR Wine Connoisseurs
Bartender, Make it a Double
Posts to Localism
The Art Of Marketing You
The Lounge at Active Rain

Curtis Van Carter I still have to believe this heist was an inside job, because the alarm system was turned off mysteriously on that evening of the burglary. Your thoughts?

Hello Curtis,  Wow that far away.  Sandy and Norm have a good point, it could of been a inside job.  Hope you are have a relaxing day plan.

That is some pricey wine ... way to rich for my blood

That's the story going around here and being reported by some of the news. It was too darn easy wasn't it, cheers cvc

Jan 25, 2015 01:51 AM
LIKE
1
#4
You must sign in or register to leave a comment
Login Register
Show All Comments
Older Post Newer Post
Back to Top
Generate More Leads from this Listing
With a Trulia Pro Account
Learn More
Find what you need?
See More Blog PostsAbout Real Estate! SEE MORE NOW!
Rainmaker
1,294,875 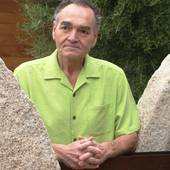