This is a reblog to a press release released on PR.com on Tuesday.

Through a multi-pronged social media marketing campaign combined with the on-going trend of lower prevailing mortgage interest rates, BanCorp Properties sees an excellent opportunity to capitalize on these favorable conditions in an effort to not only grab market share but also increase brand awareness in this strategic city.

BanCorp REG in a internet marketing campaign which began in the third quarter of 2014 across the entire South Orange County market is going to intensify its marketing efforts in the Newport Beach real estate market. Newport Beach is considered a high-end luxury home market, and with the lower interest rates in provides an opportune environment for people to purchase a property here because they are able to get a much higher valued home without a relatively higher monthly mortgage payment due to the lower interest rates which are prevalent not only in Newport Beach, but across the entire United States. By intensifying the marketing efforts the company believes it should be able to increase its inventory of Newport Beach homes for sale in a fairly short amount of time.

BanCorp, which was already committed to long-term social media advertising campaign in this market plans on ramping-up efforts in the first quarter of 2015 through a targeted social media internet advertising campaign focusing in on the Newport Beach Real Estate Professional that are most active in each of the unique neighborhoods and subdivisions of the city. Greg Steinaker, Managing General Partner of BanCorp Properties was quoted as saying “the company has already been blasting the major hubs that everyone is familiar with, if the company is also able to exploit some of the lesser know ones in an effort to blanket coverage, the company should see significant gains in its overall listings as well as the opportunity for more representations as Newport Beach Buyers Agents.” Mr. Steinaker went on to add “the company is also looking to increase its base of Newport Beach Real Estate Agents, and this new market push should help the company meet this initiative.”

BanCorp believes that if it can highlight both the short-term and long-term benefits to a prospective client of the advantages of locking in fixed rate loan sooner than later when representing a client on the purchase side of the fence, in combination with the intensified social media advertising solicitation on the sellers side of the fence, the increase in Newport Beach market share is inevitable. Where the rewards are truly beneficial is the company can zero-in on specific communities such as Balboa Island and Peninsula, Big Canyon, Corona Del Mar, Port Streets and Santa Ana Heights, making the marketing effort even more intensified. The company believes that if it can continue the campaign in Newport Beach with dropping attention away from the other 16 major cities and communities it serves in South Orange County, it is a win-win proposition for the organization.

About BanCorp Properties: BanCorp Real Estate Group has been serving the Orange County housing market since 1995 as a full service real estate company, offering mortgage and escrow services to compliment the real estate sales divisions. As an Orange County Real Estate Broker, the company serves 16 South Orange County communities ranging south from San Clemente north up the Coast to Laguna Beach inland to Coto De Caza and then north up to Irvine. 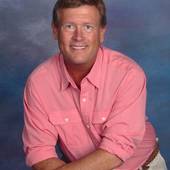