According to the U.S. Census Bureau, the homeownership rate in the United States was 64.4 percent in the third quarter of 2014, the latest period for which data is available.

That rate is the lowest since 1994 and nearly 5 percent off the peak rate of 69.0 percent in 2004. The dip from the peak is what pundits and politicos point to as evidence of problems with housing policy. However, it’s not the current rate that’s all that curious. It’s the 2004 rate that is.

So what was 2004? It was an aberration. It’s fair, however, to look at what might have caused the aberration.

From ’94 to ’98, the rate jumped 2.3 percentage points. So it took 34 years to add 1.9 percentage points, then just four to pad on 2.3 points. It could be argued that one of the reasons for the big bump was the Clinton administration’s easy-housing policies. With an emphasis on accessibility for the less-well-off, the homeownership rate went up.

Democrats who want to blame the Bush White House for the real estate bubble conveniently forget that.

George Bush followed Clinton in the White House and also followed his push for homeownership. Paired with his hands-off style of regulation, that helped the rate grow from 67.4 percent in 2000 – already historically high, remember – to that peak of 69 percent in ’04.

Republicans who want to blame the Clinton White House for the real estate bubble conveniently forget that.

This isn’t about blame, however. It’s about fact. And the fact is if you throw out the years two two-term administrations pushed homeownership unlike anyone before them, the rate has been about the same for over 50 years.

Things, over time, tend to even themselves out. Are there radical swings from time to time? Sure. In the stock market, we call them “corrections.” In statistics, there’s a theory called “regression to the mean.” In Washington, they just call each other names when there are peaks and valleys in something that can so easily be politicized.

The lesson should be that the natural homeownership rate in the United States is about 64 percent, pretty much where we’re at now. When you mess with it, it can change drastically, but leave it be and it finds its normal level. Your body is 98.6 degrees Fahrenheit – it spikes when there’s a fever and falls when you’re exposed to drastic cold, but it always gets back to 98.6 degrees (or so).

The point is, we’re not at some “oh-no” point in homeownership history. We’re at a normal point. It’s just that for the last 20 years, we haven’t traveled a straight line. That’s what makes it difficult to see that this “new” low is actually just the old normal.

There are lessons to be had in those last 20 years, of course. The fact that the rate can jump by 5 percent with some urging by banks and governments shows that more people aspire to homeownership than are represented by the normal rate. How capable that extra 5 percent are of affording homeownership is perhaps a different story.

But that’s why homeownership has, is and always will be part of the American Dream. It isn’t attainable for everyone. If it were, it wouldn’t be a dream. The problem, we’ve seen, is when those in power – banks financially and politicians legacy-wise – try to profit on the aspirations of that other 5 percent.

Homeownership isn’t at a new low. It’s at an new old normal.

Great post, lots of good evaluation.  Sounds like something Gary Keller will be sharing at the State of the Company! 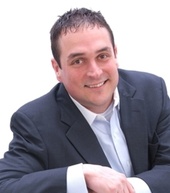 Specializing in residential and commercial real estate in Central and Southern Illinois, our team is committed to providing our clients with measurable, value-driven results.