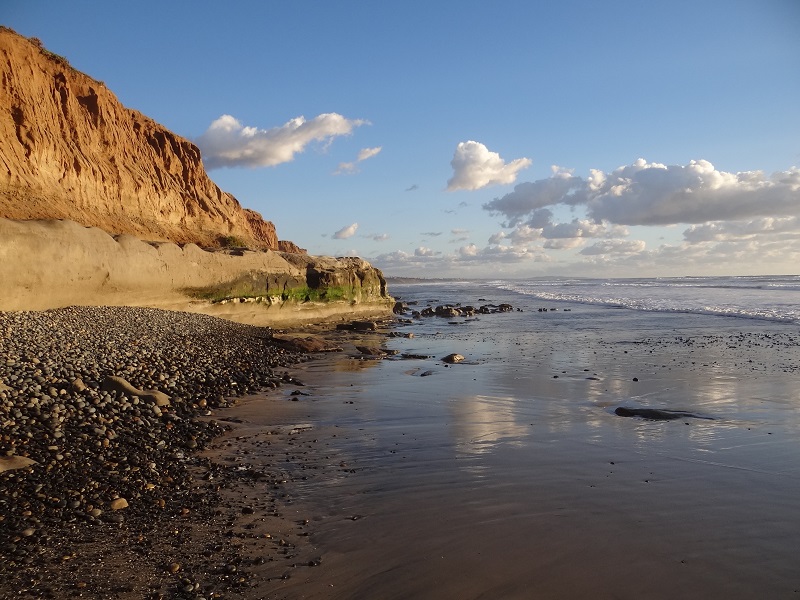 Are you ready for a road trip? Great – here it is.

This is all about Historic Route 101 in Carlsbad – things to see and do, and a bit of the history. Have a great ride.

Carlsbad CA is located about 30 miles north of San Diego on the beautiful Southern California coastline, easily accessible from downtown as well as from California’s largest city, Los Angeles, about 100 miles to the north.

The 5 freeway may be the fastest way to travel north and south through our lovely community, but it is also the busiest. And you miss the colorful and eclectic beauty of this seaside paradise called Carlsbad by not taking  historic Route 101, also known as the Coast Highway, and more formally as Carlsbad Boulevard [each town along the coast from Oceanside to the Mexican border seems to have a different name for this historic coastal route]. Route 101 has an interesting history, following the route originally taken by Spanish explorer Juan Gaspar de Portola; this highway is also known as El Camino Real, the “King’s Highway” or “the Royal Road” (a popular name for major thoroughfares in many Southern California towns, sort of like Main Street).

It seems that a trip along Route 101 allows you a view of just about every slice of life on the west coast, along with spectacular views of the coastline, ocean, surfers, and sunsets.

Route 101 is a bit like other famous and historic roads in the US – Route 66 running east and west, and Route 1 (there is a Route 1 on both coasts – known as the Pacific Coast Highway, or PCH, up in LA and beyond). There is a history behind each, as well as lots to see and experience depending on your whims.

Prior to the building of our massive freeway, the Interstate 5 (which runs parallel to the coast from the Mexican border all the way to Washington state to the Canadian border), Route 101 WAS the way to travel the coastline through Carlsbad from points north and south. It still is a reflection of a simpler, quieter lifestyle that IS so typical of Carlsbad and other seaside communities. Like the 5, Route 101 runs the length of the Pacific Coast. Established as one of the earliest highways in 1925 by the Bureau of Public Roads, this roadway in the Carlsbad area was built beginning in 1952.

At some points the 101 is more freeway-like, such as in the valley north of Los Angeles, but here in Carlsbad the road is a quieter, more peaceful trek (at times 4 lanes but in some areas just 2) with fabulous coastal views, stop lights, many opportunities for sightseeing, dining and shopping, and, simply, is THE way to see the wonderful town of Carlsbad and its neighborhoods.

Visit this US HIghways website for a bit of history and some old photographs of Historic Route 101.

For many, Route 101 serves at the way to get to and from the beach; There is lots to do along Carlsbad’s Route 101 – shopping, dining, swimming, running, cycling, touring in your convertible, watching sunsets (a popular activity for many Carlsbadians), fishing, surfing, vacationing, and so much more. Indeed, it is impossible to list all the establishments and activities located alongside it – there is something for everyone.

Many beachfront homes border the 101 (ranging in price from about $1.3 million to upwards of $8 million), as does more than one mobile home park, several gated communities (e.g., Poinsettia Cove), and the roadway is packed with vacation rentals just south of Carlsbad Village until you reach the Aqua Hedionda Lagoon. Several popular hotels line the 101 and offer ocean views – The Hilton, and the Carlsbad Inn right in the heart of Carlsbad Village, are the best known.

101 Things to do In and Around Carlsbad

The 101 is not just a road, but also serves as inspiration for many things: The 101 Diner, for example, and the 101 MainStreet Association in Encinitas (to the south). Herb Alpert recorded a song, “Route 101”, and Highway 101 is the name of a country western band.

Reading about Route 101 is one thing, but a drive is how you will really capture the feel of this historic road along the Carlsbad coast.

The Route 101 journey begins at the Oceanside border to the north and heads south into Carlsbad Village after leaving the Buena Vista Lagoon. After you pass the Army and Navy Academy you will find yourself cruising into the heart of Carlsbad Village. We pass a number of retail stores, a couple of surf shops, Jay’s Gourmet (a very popular and long-standing eatery in Carlsbad), the Ocean House and several other restaurants, Alt Karlsbad, a building built in the late 1800s and housing the first mineral springs in town (Carlsbad was named for the popular spa, Karlsbad, in the Czech Republic), Witch Creek Winery Tasting Room, and then the well-known Carlsbad Inn on the right with terrific ocean views (the main part of town is to the left for about 8 blocks).

As you leave Carlsbad Village proper you will see the popular concrete boardwalk to your right high above the ocean affording terrific views, great people watching, and a pleasant place to walk, ride your bike or walk your dog.

We pass along Tamarack Beach and the Encina Power Plant, then we cruise through one of the residential areas with beach front housing and along one of the more dramatic views in Carlsbad (see video)

We end our road trip along the South Carlsbad State beach by the Batiquitos Lagoon just before entering Encinitas (see video below).

Before we end our trip, take a look at some of the sights you will find along the 101, then watch the sun set as the day ends. I hope you enjoyed your trip. Groups:
HyperLocal Neighborhood and Community Posts
Blast from the past !
Everything California
Great Shots!

Kelly - As a newbie (well 3 years) to California I continue to be amazed at the diversity one can see here. And you should do that trip - I have driven from Boston to LA 3 times now, taking different route - amazing to take a trip like that and spend time to enjoy it.

Find a Notary - well you;re right., It realll only becomes a consistent toad to follow heading north once you leave La Jolla, but then you are good for about 40 miles through Oceanside. But because it is a local road with stop signs and lights, and passes through the downtown areas it is not the quickest way.

Nice post, Jeff, about Carlsbad downtown and road trip. My wife Christi and I enjoy Carlsbad and North SD County, getting there often for family and business.

Great place for walking, running and a bit of exercise. The Carlsbad 5K road race was fun many years ago. That's probably continues each April.

Sharon - sorry for being so late to respond. Thanks for stopping by. Come on out and visit - it's a terrific place for a vacation.

Thanks, Harrison - yep the race still goes on, as does the marathon and the Iron man. Lots going on in this town - there is something for everyone, and the beaches are terrific.

Driving down Hwy 1 & Hwy101 since the early 70s your post really brought back some memories. I wish I was young again cruising down the West Coast of California. Keep up the good work!

Thanks, Robert. It was great fun to take the video adn explore the area further, as well as to write the post. Hope it is helpful to lots of folks who are mpving to the area.

Wow Jeff, great photos, videos and description of the area and Route 101.  It makes me want to travel there this summer.

Thanks, Thavisak - I'm glad you enjoyed the tour.  Hope you get to enjoy it live somedya.

Jeff - Just took your tour down the PCH - Very enjoyable, reminded of the days I used to drive into La Jolla from San Clemente - after a day of surfing -

we just did this last year and it was an awesome experience. Thanks.

Nice Tour Jeff...only watched the first one so far but great coverage.

Great post. Makes me want to get in the car and drive South!

Hi Jeff -- Great video, made me feel like I was actually there.  Did you mount your camera to the dashboard?  Very good quality video.

Just as Kathy is, I am a big fan of the 101 and I live in Ventura,Ca. At least twice a year we head up to Carmel and Monterey. Nothing else like it. Thanks for the post Jeff.

Love the 101! As for Carlsbad - the first time I waterskied,when I was in high school, was at Carlsbad. Great memories! Thanks for sharing, Jeff. What a great tour!

Love the 101! As for Carlsbad - the first time I waterskied,when I was in high school, was at Carlsbad. Great memories! Thanks for sharing, Jeff. What a great tour!