An Optimist Sees Their Future

“An optimist stays up until midnight to see the New Year in.

A pessimist stays up to make sure the old year leaves.”

An optimist sees their future

Be the optimist . . . . Look into your future . . . . and sees it as you want it to be. And make it your goal to successfully create that future.

An optimist sees the opportunities in their challenges . . . . They won’t allow an obstacle to derail their success journey . . . . or to slow down their forward momentum. The optimist knows the direction that they want their future to move in . . . . and they will do what has to be done to keep it moving in that direction.

The optimist believes that they will achieve their objectives. Also they will work hard . . . . and do more than required to ensure that desired outcome.

An optimist is realistic . . . . but has an extended view of life that expands their playing field . . . . and their opportunities.

The optimist understands that success is not an accident. They will create a success plan to achieve the desired outcome . . . . and take massive action to achieve success.

Good morning, Lou Ludwig great post for this morning.... I always picture what the future will be after I apply my plan to make it happen.... it's important to think positively about the future....

What a great quote by Bill Vaughn! Thanks for sharing it, and your take on optimism.

I definitely prefer optimism, even if what I would like to happen doesn't always happen.  I believe it is important to keep a positive outlook.

Great quote Lou...I hope you have a successful week this week and some fun too!

Lou, you can be an optimist or a pessimist! I find time passes quicker and I am more productive as an optimist. Enjoy your day.

Excellent post, Lou Ludwig, and I'm in total agreement with you!

There is only one way to approach this life and business... as an optimist!

Excellent blog Lou. Thanks for sharing, have a great day! 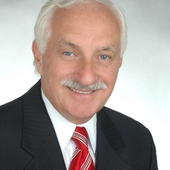