Can Schools in Wellington Affect Your Home's Value?

In Real Estate it has always been assumed that the quality of schools can have an impact on the price of a home.  Several recent studies now show just HOW much of an impact the quality of schools has on today’s real estate values.  As a Realtor who specializes in Wellington Florida, I receive calls from potential homebuyers and renters alike, explaining they are looking to move to Wellington Florida, a city  that is well known for their  highly regarded schools and are even willing to downsize to have access to these school systems.

In a survey done in 2013 by The National Association of Realtors it was found that 29 percent of homebuyers surveyed felt that school quality was an important factor in which home to purchase.  Additionally 22 percent said that the proximity to schools was another factor they considered when deciding which home to purchase.

Realtor.com  did a survey of 1000 buyers and found that 91 percent said that school boundaries were important in their search for a home.  In addition the survey showed that for every five buyers, one buyer would be willing to give up a garage or bedroom for a good school.  They also found that for every three buyers surveyed, one buyer would even settle for a smaller home to get access to a good school.   Over half of those surveyed said they would sacrifice nearby shopping options for a better school.

According to an article in MarketWatch from June 2014, “The best school districts have the best property values,” says Lanny Baker, the CEO of ZipRealty in Emeryville, Calif., which tracks housing trends.

In Palm Beach County, Wellington Florida homes command a much higher price than an identical home in a town that does not have the same quality school systems.

If you take a typical three bedroom, 2 bath single family home in Wellington Florida and compared the price to an identical home in some of the surrounding cities the price of the Wellington home would be substantially higher. 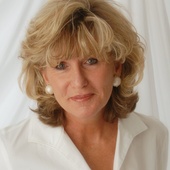