We knew it was only a matter of time before the community of South Gulf Cove was discovered on a national level. There are currently about a dozen builders building homes in South Gulf Cove, Southwest Florida's hottest selling community.  The most recent addition to the community is national builder DR Horton.  They purchased approximately 53 non waterfront lots and are building homes ranging from 1672 to 2319 square feet under air.  Prices range from $174,900 to $211,900 and buyers will be able to take occupancy of them within 60 days or so.  For most builders right now the build time ranges from 6-12 months depending on the builder.  Dr Horton pulled the permits and began construction on approximately 12 homes that will be ready over the next month or so.

$174,900 - $211,900 is a price point that most builders were not going after.  Dr Horton's "Express Homes" is filling a niche for buyers that want to have the benefits of being in a waterfront community that has a boat ramp and other amenities for half the price of being directly on the water.  Since South Gulf Cove consists of 15,000 homesites with only about 2500 existing homes there is room for growth.  The community has a rural feel since the existing homes are spread out over 15,000 homesites, with the addition of new homes being built it will give South Gulf Cove more of a neighborhood look.

Maronda homes is another builder that builds as far north as Pennsylvania, south to Florida and as far west as Ohio. They too are targeting the non waterfront price point of $155k-$240k homes ranging from 1600 square feet under air to nearly 4,000 square feet.

South Gulf Cove has always been recognized by custom builders who mainly build locally but we now have attracted builders on the national level.  Let's face it where can you buy a new home 20 minutes from the pristine beaches of Boca Grande and Englewood's Manasota Key beaches, less than 15 minutes to the mall, 10 minutes to Charlotte Sports Park, spring training camp for the Tampa Bay Rays and home to the Charlotte Stone Crabs all for under $200,000?

For area information and more information on the homes themselves visit our website at: www.BuyHomesByBoat.com What a fabulous community.  Those prices are amazing when compared to my area of MD and Northern VA.

Waterfront is nice, but water view and water access also has significant appeal and value.

You are absolutely right.  Not being directly on the water makes it much more affordable for people that still want all the advantages of  being in a waterfront boater friendly community. 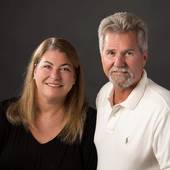