What You need to Know about Mortgage Credit Certificates

It’s seems like what is Old, is new again—and Mortgage Credit Certificates are making a comeback.

A little bit about the history of the program—it was authorized by Congress as part of the 1984 Tax Reform Act. For those of you who were not even born yet, 1981 was the start of another oil crisis.  The US relied on foreign oil and the middle east oil producers kept raising the price of a barrel of oil to triple what is was just a year before.

It took a few years, but the mortgage interest rate in 1983 and 1984 skyrocketed to 13%. So the government created a new concept called the Mortgage Credit Certificate, where home buyers, who met certain income and home purchase price limits would be eligible for in mortgage interest savings.

Here’s the thing, it’s a federal regulation, but like most of the programs, the income limits and prices are established by individual states and then broken down by counties and also by “targeted areas”. Just like Obama Care, each state had to create and fund their  own Mortgage Credit Certificate Program.

We recently did a Google search of the states that offer the MCC program, but you will need to check with your individual state’s Housing Authority to see if they are still offering it. If you are familiar with bond programs, you may have experienced that only so much money is allocated for housing bond programs.  The same thing can happen with some states—that allocate X amount of dollars each year, then after the money is used up, it’s gone and home buyers will have to wait until next year.

What is a Mortgage Credit Certificate?

It’s a dollar for dollar interest credit to be either given back to the homeowner, either applied towards their income tax liability or in a lot of cases, they were given a refund at the end of each year that they qualified for the credit. Or, instead of waiting until the filing their income taxes, they can get immediate relief by filing a new W-4 with their employer and have less money taken out in federal income taxes. When a new homeowner has been awarded the Mortgage Credit Certificate, they are authorized to get a certain percentage of the annual interest back as a tax credit.   In our market, the percentage varies from 20% to 50% of the interest paid.   So, let’s say the loan amount is $100,000 and the homeowner has an interest rate of 4.25%.   The annual interest paid on the loan is approximately $4,250 the first year.   With the 50% credit on the MCC, the credit would be calculated as 50% of $4,250 or $2,125 and the homeowner would get a $2,000 tax credit and the additional $125 would be carried forward for credit in the next tax year. There is a maximum of $2,000 Tax Credit when the percentage exceeds 20%.

It is a win-win for the homeowner and often pays for an entire month mortgage payment or more!

Check with your lender to see if your county or state offers the program.  It's a great way to get those first time buyers off the fence and into a home! 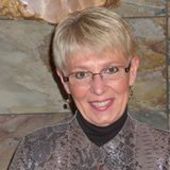 When In-house training is not enough!
ApartmentToolKit.com
FollowProfile
Blog
local_phone(800) 535-3343
Contact The Author

Free information for loan officers and real estate agents to help them attract leads and close more loans using marketing techniques that other successful mortgage originators and Realtors(r) have used to help them increase their business.