For the week, interest rates on government and conventional loans fell by 1/4 of a discount point.

The Fed minutes Tuesday will be the most important event this week. Trade and consumer sentiment data also have the real potential to cause mortgage interest rate volatility.

Fed Minutes Tuesday, April 8, 2008 None  Important. Details of the last Fed meeting will be thoroughly analyzed.

Trade Data Thursday, April 10, 2008 $57.4 billion  Important. Affects the value of the dollar. A falling deficit may strengthen the dollar and lead to lower rates.

U of Michigan Consumer Sentiment Friday, April 11, 2008 69.4 Important. An indication of consumers' willingness to spend. Weakness may lead to lower mortgage rates.

The level of interest rates reflects the balance between the supply of money from investors and the demand for money by borrowers. Rising inflationary expectations cause investors to require higher rates of return on investments to compensate for the erosion of the principal that eventually is returned to them. Regardless of inflation levels, though, rising economic activity can increase the demand for investors' funds, and thereby lead to higher interest rates.

The demand for money diminishes as the economy struggles. The Fed lowers interest rates as an incentive to businesses and consumers to increase their borrowings. The Fed hopes manufacturers will increase their investments in plants, equipment and inventories and that consumers will push housing construction higher along with consumer spending and with that, consumer debt. The inverse is also true.

Analysts will monitor this week's consumer credit levels for any indications that consumers may be tapped out. The economy has been wobbly for some time now and even Fed Chairman Bernanke has voiced recession concerns.

There is much debate in the financial community about the future. Economists, market analysts, and traders all seem to have a different opinion about the future state of the economy and especially the effects of rising energy prices. One thing most market participants agree on is both the bond and stock markets are going to see some volatility until a direction is clear. Remember, the Fed cuts rates to spur the economy, which generally helps stocks at the expense of longer-term bonds. Now is a great time to take advantage of rates to avoid the uncertainty in the credit markets and mortgage interest rate volatility in general.
*Information courtesy of Tonya Esquibel, WR Starkey Mortgage, Franklin TN* 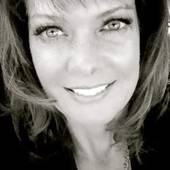