Oregon has been a popular moving destination thanks to those wagon toting settlers who paved the way out west almost 200 years ago.  Although, the moving process has gotten easier and bouts of Cholrea have signifcantly decreased, Oregon continues to attract more movers than any other state in the country.

For the second consecutive year, Oregon secures the top spot as the number 1 inbound moving destination in 2014.  The results of an annual study from United Van Lines reveal migration data for inbound and outbound moves per state in 2014 and Oregon saw 66% of moves taking place into the state.

As an California transplant to Oregon, I completely understand why Oregon entices movers from across the country.  I believe this beautiful state is relaxed, friendly, interesting and adventurous. In an analysis of the survey data, Michael Stoll, economist, professor and chair of the Department of Public Policy at UCLA, tells United Van Lines that, “unique amenities such as outdoor recreation, arts and entertainment activities, and green space protection likely continue to propel Oregon to the top of the list for the second straight year.”

South Carolina holds the number 2 spot for inbound moves at 61 percent, followed by North Carolina (61 percent).  In contrast to the high inbound moves within the west and south, the Northeast is experiencing a major exodus as more people are choosing to move out of this area.  New Jersey (65 percent outbound), New York (64 percent) and Connecticut (57 percent) all topped the list of outbound moves for the third year in a row.

Stoll mentions employment opportunities in the west, a shift of manufacturing from the Northeast to the south and west and people nearing retirement age,  as reasons why people are leaving the Frost Belt regions for the Sun Belt.

Stoll tells United Van Lines, “With economic stability growing nationally, the current migration patterns reflect longer-term trends of movement to the southern and western states, especially to those where housing costs are relatively lower, climates are more temperate and job growth has been at or above the national average, among other factors.”

While I happily share my positive experience with Oregon, and encourage others to check out this state, it seems not every Oregonian shares the same sentiment.  Check out this fun Portlandia-esque video from Adam Mack encouraging Oregon residents to keep the secret wonders of the state quiet to discourage any more people from moving here.

Hello Kaycee,  I would never have guessed.  Not because of lack of beauty.  I always thought California to be # 1.  Thanks for the info.  Mark

Hi Mark, California is indeed a great state with lots of beauty and good job opportunites, but with the high cost of living, it makes sense that some people might perfer Oregon if they want to stay on the West Coast.  Thanks for stopping by and enjoy your day!

Hello Kaycee,  Have not seen you for a while.  I trust all is well.  Mark 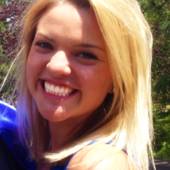