Many people think real estate agents just sit in an office and show a few hourse and do a few papers and get a big check.

Last night about 8 pm I got a call from a neighbor that there was a flood in the yard at one of my listings and I needed to be there immediately to stop it or he would sue me and the homeowner as there was water going into his backyard too.The homeowner is not in the area. I was lucky that my friend and co-agent lives in the same area, so she goes over there with flashlight.

The water is in the backyard is ankle deep and it looks like a brokern sprinkler. I call the homeowner which it is 10 pm where she is and luckily she answers the phone and knew where to turn off the water. Leanna turned off the water and unplugged the sprinkler system. The neighbor never even came out. The house was ok.

I called the neighbor back and told him we thought it was fixed. I suggested if he sees more water to call the water company to turn off the water at the street. He was even more irate how that was my job. I told him I really could not do that. He had a bad attitude, but at least he let us know about the water issue.

Leanna went back this morning and it seems to be ok. Leanna and I are both over 60 years old. Who would have thought at our age we would be dealing with issues like this and getting yelled at too?

Hello Lori,  That is part of our job, right.  Yes we can help out sometimes but get real.  I had this happen in a townhome 3 years ago and it was vacate and I got the phone call at 4 in the morning, yes I drove over there and shut off the water and call my clients 900 miles away.  Another one of our hats that we wear.

Lori - Like you said, it is all part of our job. We have to take the good with the bad. I just wish everyone understood that.

Lori, unfortunately people rarely stop to look at a situation from both sides.  Instead, it's all about "me me me!"  It sounds like you and Leanna handled the situation very well.

I do not know who made this belief up: that being an active realtor is easy?

I think we've all had to do things like that Lori Bowers .  Sounds like the neighbor is not so nice.

You and Leanna went above and beyond.  But you are right... that's what we do! Kathy

The two of you leaped into action to take care of the problem while the neighbor, who probably full well know the house vacant, could not be bothered. The neighbor could have called the owner but...no...too much like taking ownership and finding a solution. 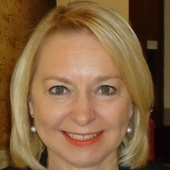