Good  morning! I hope you had a nice weekend!

I've been fortunate to be part of Paratex Pest Control for a little over 4 months now. In that time, I have learned a lot about pests and how they are specific in different regions. In Seattle, pest control is composed primarily of three different varieties.

One, Seattle has a large rat population (third largest in North America). This is due to there being so much water here. The key is to eliminate their sources. For example, we recently told a building owner to cut the ivy off the side of his building. Although ivy can look pretty and aesthetically pleasing, it also is  a conduit for  rodents. In addition to baiting  outside, it is also important to cut off all entry points to the inside. This can be done with wire mesh or another exclusion material.

The second scourge in the Seattle area is cockroaches. We primarily  see these in food service  facilities. The key is to monitor, spray and bait often enough in order to be effective. For example, we often  see cockroach infestations where we need to treat at least once/month. The key is to maintain treatment consistently for a  period of time and preventative maintenance is recommended.

Bedbugs are the third pest we encounter here in Seattle. It isn't always pleasant. Again, the key is to catch the problem  early if possible. We recently encountered bedbugs in a Seattle apartment complex that had just signed up for our service. We believe we caught the problem early and were successful. Time will tell. Bedbugs are usually found where people have traveled and then returned. The ultimate solution may be an entire clearing of the living space followed by  fumigation of the space's contents as well.

So there you have it. These are the three most known pests in the Seattle area. Other geographic areas have other issues. Again, the key is to be proactive. And if I or someone else else can help with a pest control issue here in Washington State be sure to:

Paul, wait until stink bugs make their way out to Seattle!  They are the fourth leg of the table around here.

Huh. Hopefully not. We also get odorous ants, mice and raccoons not necessarily in that order. The one thing we're fortunate about is the size of the pests in general. The exception would be the rats. They seem to like it here. Thanks for commenting Patricia Kennedy!

Paul,  a helpful read today that will definitely give us food for thought to today's message of keeping up with our real estate practices.

Good morning Paul. No matter what the pests, your clients are fortunate to be working with you. Great job with your post.

Thanks Joe. You too!

This is good information for area residents.

Suggestion: Use your blog settings to create an automatic signature for your blogs.

Thanks, Roy. I will look into that.

Thanks, Lou. Have a great day!

Hey Paul, thanks for the article. I know it's old. The info even pertains to us down in South Texas at Pest control in McAllen where we deal with bed bugs etc. 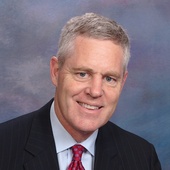