Wow..I missed a new twist to our local septic inspection procedures apparently.  I have had several septic inspections performed in the past month in Chisago County..and in prior years had them in Isanti County, MN.  Just called a local inspector to schedule one in Isanti, and he said he had heard they would not do them in the winter anymore.

The zoning department affirmed that they will not accept borings from thawed ground as they believe them to be inaccurate.  I had heard of several other counties that have moved to this also.  The work around in Isanti is to have the buyer sign off and notarize a form that says they will have the inspections done and take responsibility for any repairs needed, not something I would ever ask of a buyer.

Apparently several other counties have also adopted this policy.  This should make a winter selling season that much more muted if, as in my sellers case, they did not plan on moving until February. 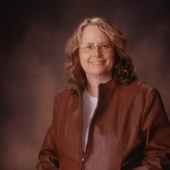