Not to toot my own horn but I am pretty sure this is the BEST thing I have ever done in my life so far! Last June 06 I Donated a Kidney to one of my managers at work. WE are both doing Great! My life is just as cRaZy as ever I just drink MORE water. Below is the article that ran in the AZ Republic. Enjoy! Just when you think the world's gone insane, what with the warring and the ranting and the general overall nastiness that seems to permeate the air we breathe . . . Just when you wonder whether it's time to put on a flak jacket and assume the fetal position, you meet Shelli Bates, and the outlook for this planet seems to soften.

The Gilbert woman is not a glass-half-full sort. She's more the cup-runneth-over type, a 42-year-old single mother of four who is grateful for what she's been given and believes in the concept of payback. She shrugs at the idea that she's doing anything extraordinary.

"I grew up in a family where, if someone needs something and you had it, you gave it," she said.

Caryn Bebeau looks at Bates as if she's wondering what planet the woman departed before her arrival here.

A couple of years ago, Bebeau's appendix ruptured, and soon after, her kidneys began to fail. Medication kept them working for a while, but over the past year, life has become mostly an exercise of just getting through the day, which is no way to live. She works, she trudges home, she's asleep before the 6 o'clock news.

It was time, her doctor said, to prepare for dialysis. Either that or find a new kidney.

Not so easy to do. There are 1,000 Arizonans waiting for kidneys, according to Stacy Underwood of the Donor Network of Arizona. The wait can be up to four or five years unless you're lucky enough to have a family member who's a match and willing to give up an organ.

Bebeau has a son who was eligible to donate. But his kidneys weren't fully functioning, and doctors ruled out the gift five months ago.

The day she found out, Bebeau came into the Mesa title company branch office she manages, and the look on her face told Bates all she needed to know.

Bates needed a job a few years ago after being a stay-at-home mom for 17 years. Bebeau gave it to her. Since then, Bates has risen from receptionist to marketing rep for LandAmerica Lawyers Title.

"It wasn't even something to think about," she said. "She needed a kidney. I've got two. I don't need two, so I said go ahead and take one."

Underwood said such a reaction is rare. "It's a miracle," she said, "to have somebody willing to just say, 'Here, I'll give you my kidney.' "

Some in Bates' family cautioned about being overly generous, pointing out that someday she may need that kidney. But Bates isn't wired that way. Maybe it's the quote mounted on her bedroom wall. "Things happen for a reason," it says. "Just believe." And she does.

A week ago, the two women underwent surgery at Banner Good Samaritan Medical Center in Phoenix. From one woman to another, a gift unimaginable in this world.

Or, as it turns out, not so unimaginable at all.

Bates' friend, Greg Guthrie, told me that both women are home now, and Bebeau is feeling better than she has in years. As for Bates, she's already counting the days until she can take her son on the trip she gives to each of her kids when they turn 17 - a trip to ride roller coasters.

"Life is a journey," she said. "You have to enjoy the journey."

For a better understanding of donation visit:  http://www.donatelife.net

To become a donor register at: www.donatelife.net/CommitToDonation

Show All Comments
Nancy Brenner
Referral Associates of Georgia, Inc. - Roswell, GA
Roswell Georgia Real Estate Agent
Shelli - What a selfless and awesome thing you did!  Your story has brought tears to my eyes but a song to my heart.
Like
Arizona Real Estate Associate Broker
MR Realty - Mesa, AZ
Shelli - You have certainly shared an amazing story here and this definitely shows us the kind of woman you are! I was shocked when I heard this story and even more so when I actually read it in the paper! You are a wonderful giver and no doubt your life will be richly be rewarded!  You rock lady!!
Like
Doreen McPherson
Homesmart ~ Scottsdale ~ Tempe - Tempe, AZ
Phoenix Arizona Real Estate ~
What an awesome gift.  Having had kidney issues, I can understand what it can mean to receive that kind of gift.
Like
Susie Blackmon
Ocala, FL
Ocala, Horses, Western Wear, Horse Farms, Marketing

Great story.  I think I welcomed you on the wrong site this morning, but I am sure you will get my message, and all the others there.  All the best to you.

Welcome to Rain, after reading this post I have to say we are privileged to have you as a member of Rain.

In short, you story has moved many I am sure, I know you touched me very deeply.

Shelli...You gave a wonderful gift to Caryn, and one to yourself as well.  You must feel like a million dollars and you are worth every penny.

Shelli, How wonderful, God bless you!  My best friend is alive today because of a kidney transplant. Unfortunately someone had to die for her to live. She is now past 10 years and is doing great. I have another friend on the list.

Its great to meet you on the Rain... Look forward to more posts from you!

Hi Shelli and welcome to AR. There are thousands of tips, tools, and tricks of the trade here. Be sure to check them out. Best of luck and see you around.

Thank you all so much! I still think it was no big deal......,however, to see the color back in Caryn's face and to see how much better she feels is amazing. If you had a chance to meet Caryn you would have wanted to help her as well.

Hang in there with me, I will get this whole blogging and posting correctly figured out.....Candace is going to help me agian this morning.....I guess flying by the seat of my pants is only good for sooooo long.

Shelli, thanks for sharing this story with us. It helps us get to know you better. I really enjoyed meeting you the other day as well and look forward to seeing you in a month! ;-) You have a GREAT way of writing. Not everyone does. ;-) 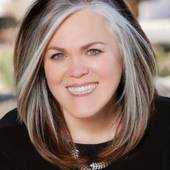