When my children were in grade school, there was a situation I thought I may have to deal with at some point.  I practiced my response in order to be ready and when the day arrived, the words in my head became a reality.  A classmate was having a birthday party and my son was not invited.  He was hurt and wondered why he wasn’t included.  A few of his good pals made the cut and he thought it was because they were better at sports.  I took a breath and told him it was okay he wasn’t invited.  I said the boy doesn’t have to like him, they don’t have to be friends and maybe they just don’t “fit”.  I reminded my son there were other boys in the class who were a much better fit.  As to the point about sports, I mentioned everyone gets something and it was up to him to figure out just what his “something” is.

I thought of this the other day when I did not get an invite for a listing presentation.  There are a few agents in my town who get invited to every “party”.  During phone calls with prospective sellers, I hear a common refrain, “We use so and so.  Don’t you just love so and so?”  “So and so has positioned himself as the go to guy for high end listings.”   The evidence is irrefutable and these agents deserve all the compliments and good reviews heading their way.  I respect each and every one of them and the work required to get to the top.  I am not a good “fit” for these sellers.  As I told my son, though, everyone gets something and I needed to find my something.

I needed to be the countercurrent to compete with the top agents.  I took note of their social media presence and found an opening for me.  I became well-versed in Twitter, Instagram, Facebook, Hubdin, RESSAS, LinkedIn and blogging.  I work to be relevant in what I choose to publish and keep up to date on the ever changing social media landscape.  I also noticed many of these agents don’t preview properties or attend Broker’s Open Houses.  I added this to my game plan as it gives me a chance to meet other agents and gain knowledge of the market.

I may not get an invite to every listing presentation, but I know there are sellers and buyers who will be a perfect fit for me and I will become their “so and so”! 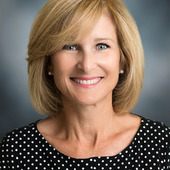