Mountain's Edge recently was certified by Robert Charles Lesser & Co. (RCLCO), a leading independent real estate advisory firm, as the No.1 selling master planned community in the United States in 2007.

The survey credited Mountain's Edge with 1,740 net new homes sales in 2007, and a 0.46 percent increase in sales from 2006. Additionally, the survey reported that sales numbers for Mountain's Edge were nearly double that of the annual sales of the survey's No.2 ranked master plan.

"Despite the current state of the housing market providing a challenge for home sales, the survey demonstrates that sales have remained strong and consistent at Mountain's Edge," said John A. Ritter, chairman and CEO of Focus Property Group. "It's an honor for Mountain's Edge to receive the highest ranking in this prestigious survey."

The RCLCO survey identifies master planned communities as large-scale developments featuring a wide range of housing prices and styles, an array of amenities and multiple non-residential land uses (such as commercial, hotels, and education facilities) offering residents an attractive and convenient lifestyle in which to live, work and play.

Even with the nation-wide downturn in the housing market, RCLCO states that master planned communities like Mountain's have the capacity to weather the current market conditions.

According to local industry experts, the sales rankings are an encouraging sign of progress in a challenging marketplace. Mountain's Edge maintained its top position in Nevada as No.1 selling master plan in Nevada.

"This demonstrates the resiliency of this market and the fact that buying homes in well conceived master plans, such as Mountain's Edge, makes sense for homebuyers," said Ron Rulof, representing Team Power Marketing, a local real estate research firm.

"Each year, RCLCO invites communities across the U.S. to participate in the survey, and in the past years, a majority of the top-selling master planned communities have generally been located in the southwestern region of the country. Last year, RCLCO questioned whether or not those communities would continue to outpace projects in regions with limited land availability, higher land values, and cooler climates. This year's survey has shown that the top 10 communities still reside mainly in the southwest region of the U.S., and a portion of these communities have been able to sustain good sales through uncertain times," RCLCO wrote in its survey results.

When fully developed, Mountain's Edge is planned to include up to 14,500 residential units, four elementary schools, one of which is already open and with another under construction, two middle schools and a high school. The community will have a fire station, shopping centers, restaurants and extensive parks, trails and open space.

A highlight of Mountain's Edge is Exploration Park, an 80-acre park which incorporates a Western Theme Park that blends the natural elements of the community's geography and history, is the first of several parks planned for the master planned community. Focus Property Group, master planner of Mountain's Edge, looked to create an Old West Village that challenged the imaginative young minds of children. Dirt streets line the town square capturing the Main Street appearance and sense of the Old West. The streets of the town square lead to a multitude of play areas including an area featuring a covered wagon play structure, a web tee-pee climber and a replica water tower splash park that incorporates spray jets to keep kids cool in the warm summer months.

For residents interested in hikes and scenic walks, Exploration Peak is Nevada's first Mountain Park, with several trails that lead up to the top of 2,846-foot Exploration Peak. The series of hiking trails were designed for people of all ages, and include ramadas at two different stages to serve as a shady rest area for hikers and walkers.

Additionally, a series of paseos have been built to wind through the development, connecting residents and their neighborhoods with the community's parks and recreation areas while integrating the existing desert-friendly landscape into trails that are designed to be easily navigable for people of all ages.

Mountain's Edge has more than 181 models homes and more than 240 floor plans available.  If you or someone you know is interested in more information regarding this great community.  Please contact 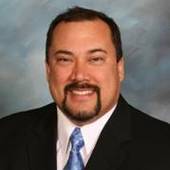