Requesting Signatures AFTER Close of Escrow. What’s YOUR Protocol?

I had a buyer’s agent (non-represented side) deliver a final walkthrough form (Verification of Property Condition) to our office several days after close of escrow. Not only was it delivered after close, but the buyer’s signed the document after close at well. We did not return a seller signed copy back and the Transaction Coordinator for the buyer side asked, “Why not?”

The more I tried to type out a simple response, the more I realized that it’s complicated! It was a GREAT question!  So after much thought and conferring with several agents we Coordinate for, I came up with this response;

1-Per the BRE, all signed documents relating to a transaction must be completed and in the file prior to COE. To ensure we have a good paper trail, then ideally we want buyers and seller signatures dated prior to this.

2-It’s challenging and frustrating to obtain signatures from parties after close of escrow. As a courtesy to team members, we strive to deliver documents at least 2 days prior to close to allow the other side time to obtain signatures. Sometimes, the file has been closed/uploaded/downloaded/burned to a CD, or put away so it’s a hassle to re-open the file.

3-In the event we cannot deliver a document for signatures prior to close of escrow, we then explain the situation and special request 1X for signatures (in other words, apologize profusely for the late delivery and beg them to have it signed or mark it “buyer/seller declined to sign”). We always save our email request as documentation.

4-We find it’s customary that if a buyer signed Verification of Property Condition is delivered blank after close of escrow to the seller, the seller signature is optional because;

3-the seller signing or not signing it does not have an impact on the document from a legal standpoint. If the buyer’s agent really needs it signed, then they typically provide an explanation for this or ensure it’s delivered prior to close.

5-In this situation, not only did the buyer side deliver the VP several days after close but also the buyers signed it after close. The contract used stated the final walkthrough was to be completed prior to close of escrow.

6-Every office/agent has their own rule regarding document signing after close. It also depends on what type of document it is (Seller signing off on a receipt for a report-vs-an addendum clarifying a term). From a legal standpoint, buyer/seller don’t HAVE to sign anything.

Signatures after close can be complicated! Some questions to consider for your protocol;

Does signing after close implicate that we did not do our job as agents? For example, does an inspection contingency that was supposed to be removed in writing per the contract before close is subsequently signed/removed after close of escrow create more problems than not removing it?

Are we better off doing the job half wrong and possibly opening up further issues or since the transaction closed anyway, we can infer there was a “meeting of the minds” and agreement to close in spite of the incomplete paperwork? Diana - What a great question. I am not really sure how I would handle documents that were not signed prior to COE. I guess it would depend on the document, and how important I felt the document was to avoid future litigation.

Thanks for your comment Troy! I agree, in this case it depends on the document and who needs to sign it to avoid litigation. Great minds think alike! :-) 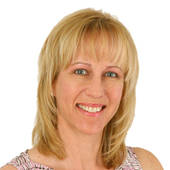