What do parks, sports arenas, Walmart, trees, and Community Gardens all have in common? Surprisingly, they can all raise the value of your home. Here is a list of some things that you may not have considered that can improve your home value.

A desirable public park or other recreational open space can boost value of nearby homes by 8%-20%. One study looked at 16,400 sold homes that were within 1,500 feet of 193 different public parks in Portland, Oregon and found that home values were boosted by varying amounts, depending on the feature they were near. Natural areas increased values by an average of $10,648, golf courses added $8,849 on average, specialty parks increased the values by $5,657 and urban parks added $1,214.

Home buyers are willing to pay extra for an in-law suite. A National Association of Realtors (NAR) study found that 20% of buyers would pay nearly $3,000 more for an in-law addition. The combination of the aging “Baby Boomer” generation, the desire to avoid assisted living facility expenses, and the desire to retain the comforts of home has resulted in an increased interest in multi-generational homes.

The addition of an in-law apartment, a carriage house or even a separate unit can result in a 25%-34% increase in home value.

And an in-law apartment doesn’t necessarily need to be for relatives. An addition also offers the possibility of additional income. In order to make the home attractive to renters and prospective home buyers, the suite should include a kitchen and bathroom, and have the ability to be closed and locked to the rest of the home for privacy.

While obvious drawbacks to living near an arena are traffic and noise, a 2008 study found that the median house value in block groups is higher when closer to sports facilities. The study used the 1990 and 2000 censuses and collected data using all homes within 5 miles of every NFL, NBA, MLB, and NHL facility in the United States.

Another study, done in Columbus, Ohio, before and after the addition of two new sports arenas, found that a stadium can raise property values in a 2.5 mile radius by an average of $2,200. The study also found that the closer to the arena the property, the larger the increase in value.

Along with making it easy to run out to grab a gallon of milk at midnight (or a socket wrench, or a new sweater), a study done by the the University of Chicago found that living within a mile of a Walmart can increase the value of your home by 1%-2%. For an average-size home that is an uptick of $4,000-$7,000. Reasons can be attributed to the fact that Walmart employs 1.4 million people in this country and for

some, living close to work is a plus. Also with the price of gas these days, being that close to one-stop-shopping is also desirable.

Car shares, bike shares, and improved public transportation are all products of a new generation that is more environmentally aware than ever before. This new generation is also more willing to expend its own energy to get around, rather than using more expensive

“Walkable, urban-for-sale housing is by far the most expensive housing in the country.” According to Chris Leinbeger of George Washington University. “The range, depending on the market, is between 40%-200% greater than drivable, suburban housing.”

A study published in Real Estate Economics found that neighborhoods that boast greater walkability tend to have higher resale values in both residential and commercial properties, and a report by CEO’s For Cities found that just a one point increase in a city’s walk score could potentially increase home value by anywhere from $700 to $3,000.

The Council of Tree & Landscape Appraisers say that a mature tree can add between $1, 000 and $10,000 to the value of your home, depending on the tree and location. Management Information Services

reports that landscaping with trees can increase property values as much as 20%.

Trees properly placed around buildings can reduce home cooling costs in the summer by 30% and can save you between 20%-50% in energy used in the winter for heading.

To get the greatest benefit out of your trees, make sure you plan what and where you plant. Think about placement, size, shape, and growing habits, as well as how the tree can work to enhance your home.

Terrific information, and it's all here in the Clintonville, Columbus and Worthington areas!

Great post, all of those things add to the desirability of an area and will help a home sell quickly!

Thanks for sharing Joe. Hope you are having a wonderful day :)

thanks you for a great post, have a super week

Wow!  What a great post Joe.  So helpful and really drives home the importance of location on real estate values.

Works for Charlotte, too, Joe! Love having a Walmart's nearby. Don't give a hoot about Starbucks, but I've had clients who selected homes based on their proximity to a Starbucks (that was before they were on every corner!).

Great information Joe. I'm not sure I'd like to live near a professional sports arena, but I'm sure plenty of buyers would. 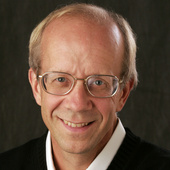