Stan and Debra are lovely people.  Their huge corner unit in a mid-town Toronto condo building is absolutely stunning; totally renovated, it boasts gorgeous SouthWest exposure, crown mouldings and impeccable decor.  There's only one problem and it's the same problem they've had for a year.  Their unit wreaks of cigarettes.  And Stan and Debra don't smoke!

David, their neighbour, does.  The tobacco smell from David's unit seeps from under his door, through the walls and vents and into Stan's and Debra's home.  Stan and Debra have written many letters to the Board of Dirctors and Building Management asking for help.  Isn't there anything they can do?!

In a word, no.  David owns his condo and has every right to smoke in it.  He was asked to buy an air purifier. He did.  It didn't help.

In Stan's letter to the board this month he mentioned that he was listening to a CBC show about how some building Boards in Canada are enacting non-smoking regulations.  He and Debra think the other owners in the building will want to do this, as well.

Yes, condo owners absolutely have the right to ban smoking... providing the rules for amending the condominium declaration/rules are respected.  It takes 80% of the owners to vote in favour of making the building a non-smoking building.  Getting that percentage would be difficult, though.  A recent survey found that only 64% of all multi-unit dwellers would likely choose a smoke-free building over one where smoking is permitted.

One of my clients told me a story:  when he looked at the condo he ultimately bought... all the windows were open.  When he took posession he realized, to his horror, that it smelled like an ashtray. He removed the carpet, painted the ceiling three times, threw out all window coverings and wallpaper but it still took over a year for the smell to dissipate.  There is a product he could have used called Zinsser... it's a primer and it gets rid of bad odors.

There are two neighbors in my building who have come up with an ingenius plan:  when one is going to smoke he goes onto his balcoy and tosses a tennis ball on a string over the railing to the other's balcony.  This signals that he is going to light up (what kind of cigarette he's smoking... I'm not really sure) and she knows to close her windows.  Of course, not all of us live in condos with balconies.

So before you buy a condo, perhaps your Real Estate Representative can ask people on the floor about anyone who smokes.  She can also talk to the building manager about smokers in the building and what floor they're on.  But here's a little bit of advice:  If you go to view a condo and all the windows are open, ask to come back another time... after they've been closed for a few days! 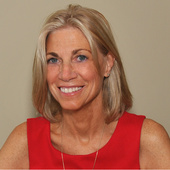