I remember EXACTLY when the "lights" went on for me when it comes to personal relationships.

I picked up the book by Dale Carnegie - "How to Win Friends and Influence People."

Or at least it can give you HOPE if you have ever thought that "I am not a People Person".

I was a chemistry major in college and had just earned my Ph.D. in chemistry when I was walking through a bookstore (which I NEVER did - because I was not a reader) and a paperback book, which was on display for some reason, caught my eye.  We had just moved to Philadelphia as I was starting a Post-doctoral internship with the USDA, when this life changing event occurred.

A series of "events" happened to me within a very short period of time that has forever altered the way I think and go about my personal relationships.  First - my boss at the USDA just came out and told me one day:  "John, it doesn't matter what you know - it's who you know from here on out!"  Second - I was introduced to the Amway business...more on that later (NO!  I am long gone from that - but I want to share some stuff that I learned.)  Third - my encounter with the How to Win Friends book.

First - let me say that I am not made out of the "Chemist" mold from a personality standpoint!  People to this day look at me and say "You have a doctorate in Chemistry?"  I am a people person at heart and am more sociable than not.  The stereotypical eccentric chemist, I am not.  So, when my boss at the USDA told me it was not WHAT I know - but WHO I know from here on out - well - I was psyched!  I can do WHO I know alot better than the WHAT I know any day!

Then I came across Win Friends and Influence People book in the book store and I IMMEDIATELY picked it up.  I was not a book aficionado by any stretch of the imagination!  This book looked very old school to me.  I kinda knew who Dale Carnegie was, but not really.  It didnt take me long, however, while flipping through the book to decide that this was the book for me!  Small paperback book - not much $ - so I bought it.

I could not put the book down!

Mesmerized by all of the "common sense" people skills stuff that I had not been taught or even heard about before!

WE ARE ALL IN SALES

Just so happens that one of the books that the Amway people recommend you read up front is the How to Win Friends book!  I am like - wow!  I must be on to something here!  Since network marketing is all about relationships and meeting new people, I was now surrounded with people that understood how these people skills worked...I was learning a TON!  Loved it!  I was soaking it all up.  I was also learning sales techniques, prospecting techniques, phone skills, and presentation skills that were all LIFE SKILLS I needed to learn!

Just so happens that ALL of these skills were to be very important later on when I started my current business!

When we bought our first home, I was exposed to all the different real estate inspections that I could have done as a contingency to us buying the home.  I was making sure that I was not buying a lemon.  During this process, our Realtor told me about these new Federal Lead-Based Paint laws that were going to kick in and that I should look in to getting into that business since so many houses have lead-based paint.

IT WENT IN ONE EAR AND OUT THE OTHER!

UNTIL - the very next Sunday in the Real Estate Section of the newspaper was a full 2-page article written about the new laws.

I very quickly called my best buddy who had an MBA and told him that I had a business idea and that I needed to know how to do some market research.  (Chemistry geeks don't know how to do market research!)  He came over to the house and I showed him the newspaper article - which had pictures of a guy using this Star Wars looking lead gun to measure the lead in the paint.

He thought it was a great idea and that he would start immediately on the market research.   We were going to be business partners.

LONG story cut short - he ended up getting laid off and had to take a job on commission so he was out...it was just going to be me.

...On the evenings and weekends...WITH a new baby girl at home!

The idea stayed on the back burner for 2 more years.

Until I finally decided to pull the string - I quit my job - moved in with my parents - and that is now 18 years later!

NOW - I wasn't a Science Geek any more!

I was a business owner - FIGHTING FOR MY INCOME!

Networking is the cheapest form of advertising.

So - I went out there and started meeting people that I knew and meeting people that the people I knew knew...etc., etc.  In the first 9 months I was able to network my way into 100 real estate offices to give sales presentations and educate people about lead-based paint.

Meeting people was now my bread and butter...

I would not have made it in this business WITHOUT people skills.

How has your people skills given you an advantage?

I remember doing the Dale Carnegie course. It was a turning point and got me to stretch and get out of my shell.

My Dad handed me that book when I was 16 years old.  It is still on my bookshelf - the advice and principles are timeless.

Great insights here.  I've heard about this book so often.  I think it's about time I read it.

My people skills were learned from my two amazing parents, not from a book, but I appreciate your success story and think it's very cool.

Good morning John. What an amzing and interesting story you have. Networking and people skilss are one and the same. Good for you.

Hi John Helmick ,  Thanks for sharing your story.  It's amazing all the things we have done and gone through, just to get where we are today.

Debbie Gartner - maybe I can do a book report on it for you!  hehe!

Roger D. Mucci - you really were blessed to have parents like that!  That is great!

Sheila Anderson - thanks so much for stopping by!  I always enjoy your comments!

Larry Johnston - Well, when we get to our age, we should be able to look back and see what we have done and where we have been! 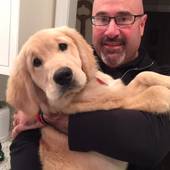