The city has long been viewed as a stepsister to its flashier neighbor 30 miles to the south, Miami. But as Miami's construction boom has shifted into overdrive, investment dollars are spilling over into nearby cities, including Fort Lauderdale.

In December 2014, a joint venture of Stiles Corp. and Prudential Real Estate Investors paid $108 million to acquire New River Center, a 20-story office tower in downtown Fort Lauderdale, from Invesco Ltd.
The sale was the latest in a string of trophy office properties that have changed hands since March, making 2014 the best year for commercial real-estate sales in downtown Fort Lauderdale since 2007. In the first three quarters of this year, office-property deals totaled $302.9 million, compared with $299.6 million for all of 2007, according to CBRE Research and Real Capital Analytics.

Other property types are also hot. Demand for retail space is outpacing available inventory, luxury condominiums are popping up and multiple hotels have been sold or renovated. Meanwhile, the city's airport and port are being upgraded, and a new rail line is coming.

In October, Related Group announced plans to build Auberge Beach Residences and Spa, a 171-unit beachfront condominium complex. "We believe that condominiums in Broward County are undervalued in price when compared to Miami- Dade [County]," said Matthew J. Allen, Related's chief operating officer. "The average price per square foot on Miami Beach is over $2,000 compared to Fort Lauderdale, which is around $850, thus making Fort Lauderdale truly an incredible value to buyers."

Investment in hotels and restaurants is booming as well. Fort Lauderdale hit a record 14 million annual visitors in 2014, with an economic impact of more than $11 billion, according to the Greater Fort Lauderdale Convention & Visitors Bureau. Eight hotel properties opened this year and another six are under construction in Broward County, according to Nicki Grossman, the bureau's president and chief executive officer.

Fort Lauderdale may not get the same level of attention as Miami, but the fundamentals and long-term demographics are equally as strong.

Iliana Ivanova - Great information for anyone looking to invest in the Fort Lauderdale, FL area!  I hope buyers call you to learn more about the area!

Welcome to ActiveRain! Congrats on your first blog here in the Rain. Keep up the good work and keep blogging! I hope you have a great 2015!

Good Morning and welcome to the RAIN,  Great post and what a great area,  keep up the good work and good luck with your business,  E

Welcome, Iliana Ivanova to the Rain train! I'm glad you made the brave first steps into the blogging world with us! It's a great place to be and I hope to see many more posts from you in the future! 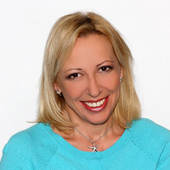