An interesting article appeared on www.Zerohedge.com, which provides an overview on where the world's richest people live.  Click HERE to access the article.

To qualify for the top .002%, an individual would need to have assets of $30 million or more.

Interesting to see, that of the top 20 cities in which the wealthy chooose to reside, only two are in the United States: New York and Los Angeles.  I was surprised to learn  that while 3000+ people in New York City are above the $30 million threshold, less than 1000 in L.A. have reached that mark (perhaps they are not  including the  greater metro area?)

New York  slipped from 1st to 4th since the last review, which is curious given the gains in the U.S. stock market and real estate markets.

Groups:
"Whacked"!!!
The Lounge at Active Rain
OFF TOPIC Goofing Off Club
Life Is Good
Addicted to Active Rain

This is awesome!  Crazy how much wealth there really is and where those folks reside.  The top 5 cities in Asia were of no surprise though. 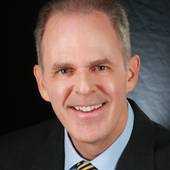 Full Service with Discount Fees, throughout Greater Metro Phoenix Arizona, in both Maricopa and Pinal Counties.