This is the second in a series of five rounds of Market Madness featured on RealtyTimes andJustRentToOwn. Read the intro here.

The first round is always about unexpected outcomes–and all the better for it! Whenever some small mountain college topples a giant state university expected to go to the final four . . . I don’t know, an angel gets it’s wings (and gets his bracket completely bombed on at the same time, incidentally). Our first round comparing the full sixty four cities turned up quite a few more upsets than expected. When it comes to economic prowess and stability, a city’s size doesn’t always matter as much as you’d assume.

In the first round of March Market Madness, we used unemployment rates and median household to help get an idea of which city in each matchup has the healthiest middle class outlook on the business front. While many cities offer breathtakingly cheap deals on homes, if you’re unable to land a stable job or get paid enough to afford your mortgage, well it really doesn’t matter all that much. Beyond the basics of simply buying a house, a strong economy means more spending money, stronger growth in housing prices, and higher demand when it comes time to sell. Which markets are showing the strongest tendencies? Many of the outcomes in the first round happened as expected. The likelihood that little Stockton can take down the economic might of its state-mate Los Angeles was slim from the start. Similarly, the high dollar clout of Bay Area tech hubs like San Francisco and San Jose pushed them on to the next round easily. Inland California by and large did not fare as well: Riverside, Bakersfield, Stockton, and Sacramento all fell to out of state rivals early. Similarly, parts of the Deep South and the Rust Belt, hit by flat wages and higher unemployment, were knocked off early. Surprisingly, San Diego and Orange County cities like Anaheim and Santa Ana–known for their wealth–were knocked off thanks to higher unemployment rates and cost of living (though, Anaheim was booted by ultrawealthy San Jose, so there is that).

Adjusting median incomes to match up with cost of living and level the playing field made a major difference too. High wage, high cost metros like Boston and San Diego, despite being economic powerhouses paying well over the national median wage, couldn’t keep up with the lower expenses of smaller and cheaper counterparts. Boston, for example, boasts a median income of $73,000 plus, but median home prices hover around $520,000. A more modest $57,000 income goes a lot further where home prices average $150,000 . . . namely, Omaha. As Vox notes, buying a home in San Francisco requires upwards of four times the income as you’ll need in Pittsburgh. For middle wage earners, it’s near impossible to keep up in many cities. It will be interesting to see over the course of the next several rounds how cost of living factors into our competition, as top dollar and budget-friendly metros compete in other metrics.

Matchup of the round: Austin vs. Raleigh. This. Was. A. Close. One. Two metro areas that are exploding, two economies developing around a strong tech sector. Two areas with nearly equivalent unemployment rates–staggeringly low ones at that–and comparable medians incomes. Cost of living? Similar. The numbers came out too tight to make a judgment on, and this one went to overtime–where the 9.3 percent year-over-year housing appreciation rate in Austin pulled away from the 4.8 percent in Raleigh. Austin in a buzzer beater.

Underdog watch: Phoenix vs Pittsburgh. Phoenix, the sixth largest city in the country and number two seed, got taken out early by upstart Pittsburgh. With an unemployment rate of 4.3 percent, the Steel City is well below the national average and similarly below its counterpart in the first round. While people in Phoenix get paid more annually, when cost of living is squared up between the two median incomes are virtually the same. With all the press Pittsburgh has been getting as part of a Rust Belt Renaissance of downtown development and growth, this is perhaps less surprising than it immediately seems.

Next round: home price appreciation.

Nicholas - This is very interesting, however, I don't even think they used the right cities in Arizona to begin with. Tucson and Mesa are not real known for their livability, whereas Chandler, Gilbert, or even a city on the west side of Phoenix would have been more appropriate. I guess you could say the same for a few of the other cities in different states as well. 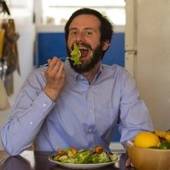