Some points of Interest for February 2015:

FOR DETACHED HOMES IN CLARINGTON IN FEBRUARY 2015:

As this is below 60%, it indicates a Balanced Market

As this is over 20%, it indicates a strong Seller’ Market

The average number of days that Detached Homes were on the market in February 2015 was a low 20.7 days

The average ratio of Sale Price to Listed Price was a high 99.68%

This, too, is an indication that, in February 2015, it remained a strong Sellers’ Market

Except for the Ratio of Sales to New Listings, there are clear indications that the existing Sellers’ Market, for Detached Homes in Clarington, was continuing. There was still strong competition among Buyers, and only limited opportunity for Buyers to negotiate on price.

However, the Ratio of Sales to New Listings may be an indication that there will be less competition among Buyers in the Spring and Summer months.

In commenting on real estate statistics for Toronto Real Estate Board (TREB), the Board’s Jason Mercer, Director of Market Analysis for TREB said: That this is the probable cause is confirmed by the fact that, in Clarington at the time of writing this report, there are 45 homes currently listed for sale above $700,000; 17 of those are above $1million & 1 of those is above $3million.

It doesn’t take many sales of high priced listings to significantly skew the average sold price above the median price. The average ratio of sold price to price asked (listed price) is an indication of demand for houses related to the listed price.

You will see, from the above graph, that over the period, the ratio of monthly average sold price to listed price for Detached Homes in Clarington ranged from a low of 97.14% in the usually quiet month of December 2014 to a high of 99.68% in February 2015.

You will note that, because of the scale of the graph, the range appears to be much wider than this. In fact, in most months, the ratio was above, or just fractionally below, 98%.

This is an indication that, in February 2015, there were limited opportunities for Buyers of Detached Homes in Clarington to negotiate on price. The average days on market increased, not unexpectedly, in the quieter months of December 2014 and January 2015, before dropping back to 20.7 days in February 2015.

This statistic of average days on market throughout the period is confirmation of the continuation of the strong Sellers’ Market.

All of the indicators, for Detached Houses in Clarington in February 2015, except for the Ratio of Sales to New Listings, point to the conclusion that the existing strong Sellers’ Market conditions were continuing. There was still strong competition among Buyers and there was limited opportunity for Buyers to negotiate on price.

For Buyers, the good news is that the Ratio of Sales to New Listings indicates that, during February 2015, there was an increase in quality homes being listed for sale in Clarington.

If this trend continues, it could make it easier for Buyers to find the home they are looking for during the coming Spring and Summer months.

YOU ARE INVITED to visit my website, at any time and as often as you like, to find pictures & details of homes for sale in Clarington

For photos and details of detached homes currently for sale in Clarington: Like
Brian Wiseman LL.B. CIPS
Oshawa, ON
The WiseMan of Real Estate

Your comments are always appreciated! 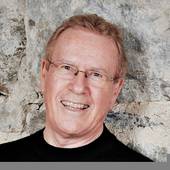