Who would have imagined that damaged credit could start with something as simple as returning an item to the store?  When Nicole Berstecher returned a non-compatible speaker to a national electronics store, it was promised that the credit would be returned to her store rewards card.   Instead, a year later, she received a collection notice for nonpayment of the high-end stereo. Although there are measures in place to ensure consumers are alerted to claims, and laws have been passed to ensure reasonable investigation by the Credit Reporting Agency (CRP), many of these cases slip through the cracks.  By the time a consumer discovers any mistakes, their credit is damaged, and the difficulties involved in resolving the matter denies consumers the opportunity to apply for affordable credit, to receive reasonable rates on a new cell phones, or in certain industries, to ever be deemed hirable.

As well as a credit card error, Berstecher discovered several other false items on her report.  To resolve her issues, Berstecher gathered evidence proving the information was incorrect and wrote a detailed dispute explaining the mistakes.  What she did not realize is that her multi page, detailed argument was quickly scanned and then compressed into a two- to three-digit computer code.  Added to that code were about 20 words of dispute which were sent electronically to another automated system. Once the code was registered, the credit bureaus' involvement was over.

Like most consumers, Berstecher lost her credit standing because she was relying on what is mostly a broken, automated system.

If that example of the CRA's "reasonable investigation" isn't appalling enough, the rules of the online dispute resolution process could be considered scandalous.

By disputing online you are waving your consumer rights (per the Fair Credit Reporting Act) to submit any additional documentation that would support the reason behind your dispute.  Section 611a(8) of the FCRA states that if any of the information provided is considered in any way incomplete or not verified (which is predictably the case without additional documentation), then they are not required to forward the dispute to the creditor, or send you the results of your dispute in writing.

You are literally authorizing them to do nothing.

Which brings us to the question: what exactly is a "reasonable investigation" under the law?  Here at Improve my credit USA, we believe that to reasonably investigate, a human must be involved; not in simply matching your complaint to a two- to three-digit code, but to emotionally invest in a matter that so strongly impacts your life.

At Improve My Credit USA, we discover experiences like Berstecher's every day.  Hers is only one of the many examples of the problems we have been campaigning against for years. Berstecher spent half a decade dealing with errors serious enough to deny her credit before she resolved the matter with professional help.  It's clear that the automated dispute system used by the three major credit bureaus - Experian, Equifax and TransUnion - is unacceptable.  Until we, as a nation, can secure a more personal approach to reporting and disputing debt concerns, who you trust to defend your reputation against this factional process is crucial. 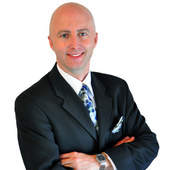