When I first started out as a real estate agent, my managing broker used to say to me, “Pauline, the sky’s the limit.” It’s not that I didn’t believe him, exactly, but I took it with a grain of salt. After all, “the sky’s the limit” is just one of those things people say. Everyone wants to be positive, especially if they have inexperienced agents they want to motivate. I suppose I just assumed he said it as a thing to say, rather than as an idea he’d put some thought into.

But here’s the thing: In life, and especially in real estate, the sky really is the limit. My coaching clients often bemoan their perceived lack of success, saying things like, “I’ll never be as successful as so-and-so.” And I ask them, “How can you be so sure?” I guess it’s my version of “the sky’s the limit.”

My goal, of course, in asking that question, is to challenge their limiting belief about themselves. Because oftentimes, the thing that’s really standing in my clients’ way isn’t that perceived competitor, it’s themselves. Worrying that you’re falling behind some other agent is just a sign that you’re undermining yourself by imagining your own limits. And the thing you imagine is the thing you become.

One of the beautiful things about the real estate business is that there is no cap, no limit to what you can achieve. My broker all those years ago, whether he had thought about what he said or not, was right. The sky really is the limit. It’s not as if the world is going to run out of properties to sell. The only limits are those you impose upon yourself.

So, stop limiting, and start believing. 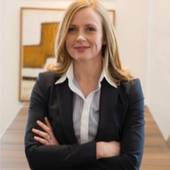