All of the posts I've read about hard decisions and making the right decision for a client, or what you hope is the right decision, reminds me of a time long ago decision in a previous life, when I was faced with an emergency situation with an airplane full of passengers. I post this because what seems right at the time may not be right if we take a moment to step outside the box and reflect on the situation. Delicate situations require safe, sound, decision making with deliberate thought, and deserve time to be pondered.

THE STORY... Long story short, we had a problem with ALL FOUR of our engines, but not all at once -- one by one the sensors indicated vibrations WAY above tolerances. Normal checklist solutions were not working and we had already shut down one engine in precaution, as ordered by the checklist.

The problem was, all four engines were indicating the EXACT same thing (eventually) and the emergency checklists were telling us the EXACT same thing for each engine -- shut the misbehaving engine down. But one by one, the remaining three engines were indicating horrific vibrations (I swear I could feel it at the time, but was my inner ear lying to me to make sense of what I was seeing on the gauges?)

THE DECISION... do we keep shutting down engines like the checklist required since each engine was having the same indication? Logically, we need engines to stay aloft, but procedure is crying for us to, well, follow procedure and shut down the engines! What to do! I've been trained to follow procedure religiously or bad things can happen!

THE RESULT... we declared an emergency and STOPPED the emergency checklist that was telling us to shut down our remaining engines, and hoped to God that the problem was purely indication (but again, I swear I could feel the vibrations!). We ultimately landed safely, and with three engines out of four turning, all indicating massive vibrations, probably doing extensive damage along the way if they were undergoing such catastrophic vibration indications.

THE CULPRIT... Indicator unit failure. The engines were fine. We got tricked into shutting an engine down due to faulty indication, and even though procedure was screaming at us to, procedurally, shut down the other misbehaving engines before we damaged them beyond repair, we chose to, what we thought, trash the remaining engines so we could land safely.

MY POINT... We as real estate professionals are certainly faced with tough financial and client-centric decisions. Like my experience with the lying indication guage, we can be tricked into doing the "right" thing the "wrong" way. In my example, the RIGHT thing to do was land, we just almost did it the WRONG way by shutting down the engines, as prescribed by the emergency checklists. We had to get our bearings and think about what was REALLY happening to that airplane. If indeed the engines were vibrating their bolts off, we chose to keep trashing those engines in the interest of safety and to get that airplane and passengers safely to an airport.

WHAT I LEARNED... When I am faced with a tough decision, I do my best to make sure I am looking at the problem in the right frame of mind. I certainly do not suffer "analysis paralysis", but I am not one to decide just for the sake of deciding either. I'm not afraid to make tough decisions, I just tend to be a little defensive about it because as I said in the opening, "delicate situations require safe, sound, decision making with deliberate thought, and deserve time to be pondered."

MY QUESTION FOR YOU... Seeing as I am rather new to the real estate industry, I would like to hear from you all stories of hard/tricky decisions you have had to make as a real estate professional, what you thought the problem presented to you, and what the reality of the situation came to be. Any advice? James you dont need any tips you have it right inside of you and this post proves it. When it doesnt feel right you LISTEN to your gut/instinct! If you would have followed orders and not listened then who know where you would be... possibly not even here!

That is quite a story James Reeves , glad to hear things worked out for you.

I'm not sure anything we do in real estate can compare with landing a plane with engine trouble.

Each day we are faced with decisions to make.  Whether it's getting out of bed in the morning or pull up the sheets and say forget it for another few minutes. Our interaction with clients and others continues to be one that brings something new or just a bit different.  I find a lot of the decisions can be made through an always growing knowledge in the field as well as the work and experience of the past.

Thanks everybody for the kind words and motivation! This is quite the blogging site. Everyone is upbeat with good ideas! Not used to that! 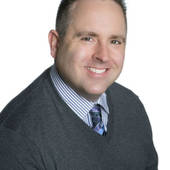 Just for Fun over 6 years ago
bookmark_borderbookmark
Why do I find this stuff so interesting?
View more Recent Posts   arrow_forwards