Tate, Georgia is the home of Georgia marble, mined by the Georgia Marble Company. The railroad started servicing Tate in the 1880's, in part  to move the marble for delivery throughout the country as well as the residents that were interested  and able to travel out of the county.  Sam Tate founded the Marble company, passing it down to Steve. The Tate Depot,  built in 1916, was where the Tate's  caught the train to take a long ride to Atlanta to do business selling their marble to far away places...some of his marble went to Washington, D.C. to construct the Lincoln Memorial and the 24 columns on the east front of the US Capital building. The Depot also was used for servicing diesel trains and today some of that repairing is still going forward.

The Tate Depot fell into disrepair, as buildings do, until  non-profits joined forces to save it.  Marble Valley Friends,, Inc, Tate Community Association, Amicolala Garden Club and Pickens County Government joined the Georgia Historical Society to save the Depot . in 2006, Georgia DOT provided $400,000 in Transportation Enhancement funds to rehabilitate the building Part of the renovation entailed moving it across GA 53 to the opposite corner.

it looks like the long awaited move is about to commence! pretty big project, with even bigger trucks!!! Forlorn, but soonto be all pretty again! Where it will all land!

Linda thanks for sharing about Georgia marble and Tate, Georgia's Train Depot

Linda Carrig - and it will soon be 'busy' and full of activities! 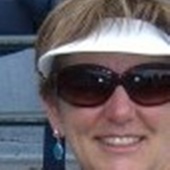