This year, your clocks aren’t the only things springing forward; home prices have increased by leaps and bounds! Over the last few years, the housing market has made a dramatic recovery, and today homeowners are reaping the benefits.

The last seven to eight years were a chaotic time for the housing market. When the housing market crashed in 2007 and 2008, homeowners nationwide saw the value of their homes plummet overnight. Across the country, millions suddenly found themselves underwater on their mortgages and under the threat of foreclosure.

In late 2011 and into 2012, the U.S. economy started to improve and the recession began to ease. As economic conditions improved, the housing market began rebounding as well. In 2013, the recovery hit full force, and home prices nationwide skyrocketed. According to the National Association of Realtors, the national average home price increased 11.5 percent in 2013 compared to 2012; the strongest yearly gain in home prices since 2005[1].

For homeowners, this dramatic increase in prices is helping restore the equity they lost during the housing market crisis, providing homeowners with more options for selling their home than at any other time in the last seven or eight years.

For more information on today’s housing market and increasing home prices, read my report entitled “Home Prices Spring Forward”. You can download the report from my website www.donnahelpshomeowners.info .

To Your Success!
Donna Tashjian

Great information, Donna! Thanks for sharing. You've motivated me to do a similar report in my area. 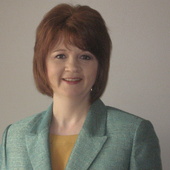 Home Selling over 7 years ago
bookmark_border
Home Equity is Up Nationwide. Do you know what you ...
View more Recent Posts   arrow_forwards