Playing Cards with your Parents or your Children - Ocean City, New Jersey

The times do change with televisions all over the house, the internet everywhere, and the lack of family socialization much of the time.  Now I'm giving away my age a bit, but I recall the black and white small screen television.  A few years before when I was listing to the radio (no tv as yet in our house) you had to visualize the story.  I also recall later playing a great deal of table tennis (ping pong) and pinochle with friends my age and often with the father or mother if we needed another player.  It was a different time of life.

My father and my uncle (I was an only child) played pinochle almost weekly where I learned a great deal of things besides how to play the game.  I haven't thought as much about all of this ... but an article in THE WALL STREET JOURNAL (4/8/2015) entitled "The Canasta Advantage - Family card games can teach math, memory, and losing to Mom with grace; with screens and schedules, less play time."

"How about a game of Crazy Eights?   Even today we have played "Oh Shaw or another name Oh Hell" which can be a lot of fun.  But single deck and double deck pinoche were the games of choice back when I was a teenager.  Canasta was the card game that my Mother and Father played with other couples.

So the article went on to say "most card games instill a variety of skills ... "counting and ranking card values, strategizing to win, matching and pairing, memory skills, and seeing patterns and matching cards by rank or suit."

Reading the article brought back some of those times for me ... and I recall the final time I played double deck pinochle with my father and another couple ... maybe a month or two before he passed away.  It was a great card game that final time. 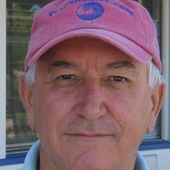