According to the most recent data, EWM International Realty was responsible for over $117 million in sales volume of single-family homes and condos from Jan. to Feb. 2015. This was the highest of any real estate company specializing in properties across the South Florida coast, from Miami Beach to Golden Beach.

Josh Garcia is proud to have played a role in this achievement, providing a range of great opportunities in Miami Florida Real Estate. His diverse expertise includes the increasingly buoyant market of Key Biscayne, which offers some of the best prospects in South Florida.

Key Biscayne is thus offering a solid market for both sellers and buyers, as prices and inventory alike are increasing; during this time last year, there were roughly eight months of available inventory, compared to over 13 months at this time.

It is not surprising that these developments coincided with EWM’s stellar performance in South Florida real estate during the same period. If you want to make the most of this great trend and explore the vast inventory of Featured Miami Listings, contact Josh at (305) 496-6693 or info@miaprime.com. The results speak for themselves. 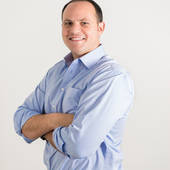