Homes in Shadow Creek neighborhood in Buda TX, one of the most sought-after affordable suburban communities in the greater Austin TX area, has had strong home sales so far in 2015*.

The highest sales price/listing price ratio was 101.76%, and the lowest was 96.3% of listing price. But with an average of 99.62% of the current asking price being paid by buyers, the Shadow Creek neighborhood in Buda TX market falls in the same general sales area as the rest of Central Texas.

Days on market in Shadow Creek saw equally crazy extremes, with the longest being 367 days on the market, and the lowest being 2 days on the market. The average was 90 days, and the median was 59 days — both figures a little less than more expensive alternative aeras closer to Austin TX. 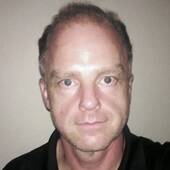