Sure, there are certainly many people who have a tough time being successful in the mortgage industry, and many Loan Officers have received a bad rap in recent years, but for the most part that doesn't seem to matter...

According to a recent study by CareerBliss.com, Loan Officers have one of the most satisfying professions in the country.

The study consisted of analyzing data from more than 25,000 responses from CareerBliss website users, who were asked to rate their job satisfaction on a scale of one to five in seven categories.

After all responses were taken into consideration, Loan Officers reaching the number 3 spot.

Although Loan Officers tend to work long hours, a large majority reported feeling an overwhelming satisfaction for helping people realize their dreams, whether it is purchasing a home or starting a business. A majority of respondents also enjoyed they variety of daily tasks, and the face-to-face time with clients.

Last year, loan officers ranked as the fourth happiest jobs with an average salary of $54,200.

Do you feel this ranking is correct? What's YOUR favorite part about being a Loan Officer?

Great post.  This is definitely very interesting to know.  Have a great day!

Paul - I was not aware of loan officers on of the top ten happiest profession. Thanks for the information. 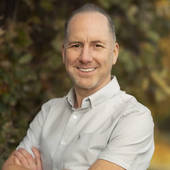 Win More Loans!
Co-marketing each property puts you in front of a massive audience of buyers.

Co-marketing each property puts you directly in front of a massive audience of buyers. Your mortgage banner-ads and sponsorship prominently present your financing messages to the buyer market. Market the Home ... and generate more Mortgage Leads.

Provide Real Estate Agents (and FSBOs) with a complete Property Marketing solution that automates their Real Estate Marketing. Realtors will love the exceptional way that their listings automatically get showcase treatment making it easy for them to impress their Sellers and win more listings.