You might have seen a few infographics floating around about the best times to post on social media. If you haven't it's a good idea to take a look.

One mistake people often make is they think posting everything at the same time is a good idea. Unfortunatley, that usually isn't the case.

You see you can attract a lot of different people to your website if you work on posting your Tweets, blog posts, Facebook posts and even YouTube videos all at different times during the week.

These stats from QuickSprout provide one of my favorite looks at the best times to post on social media, it's quick and easy.

The best days to post on Facebook shouldn't come as a huge surprise: Thursday and Friday. Think about it, these are the days everyone (who works in an office at least) is itching to get to the weekend. Their Facebook consumption greatly increases these two days.

Now, what about time?

According to the stats, the best time to post is early afternoon in the time zone of where most of your clients are. So, for those in Boston, schedule to post between 1pm and 3pm to get more shares and clicks.

Now, for Twitter the numbers are a bit different. Since in real estate you're mostly operating in the B2C world (business to customer as opposed to business to business), the days that matter the most for engagement are Wednesdays and the weekend.

This shouldn't be too surprising, but still worth remembering.

For time, focus on early evening for the most engagement, so that will be between 4pm and 7pm in your local time zone.

Pinterest is something I think not enough people in the real estate industry are utilizing. Homes and apartments are perfect for this, and there are plenty of opportunities.

So, for your Pinterest pinning, by far the best day of the week to do this is on Saturdays. Makes sense, as getting on Pinterest is a bit more time consuming than Twitter or Facebook, people put more time into it and Saturday the day.

For time, you can get pretty specific on this, it's between 2pm and 4pm Eastern and then it really ramps up between 8pm and 12am Eastern, with the peak busy time around 9pm.

As you can see from the chart above, Google+ is much more popular during the standard work week. I'm guessing it's visited much more because it's just not blocked like a lot of other social media sites are.

So if you want to grab the attention of potential clients at work, this could be the perfect medium for you to reach out to them.

As far as timing, aim for the morning. The highest engagement happens mid morning, from about 9am to 11am, so post accordingly.

With these different times and days you should be able to varry your posting schedule up to see if it makes a difference over the long run.

If you want to see the infographic in it's entirety from QuickSprout, check out this link.

Exactly the reason why scheduling is critical where your posts are published at designated times.

There is no denying that sometimes the posting takes off and other times it doesn't...This post allows us to know one of the reasons why...thank you

Liz, I'm taking note of this important information. It would also be interesting to note when our followers check our blogs for information.

Agreed Richie Alan Naggar author PEARLS FOR THE SOUL .com books it can't hurt to monitor which times work best for you.

Thanks Sharon Parisi can never hurt to check and see! 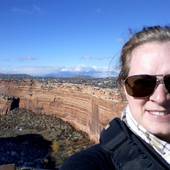