Today I attended our local Realtor Association's (www.gfbor.com) meeting where Fairfield First Selectman Michael Tetreau was the guest speaker. He is a most charismatic speaker and gave us a brief comparison of 4 different Connecticut towns: Fairfield, Greenwich, Westport, and West Hartford for fiscal year ending June, 2014. It turns out that per capita expenses in Fairfield - a very vibrant town commercially, spends only as much as West Hartford which is an affluent town in a less affluent county.

Greenwich and Westport both tax their residents at a higher level in return for more expensive services delivered. A comparison of the quality of the services provided were not discussed, which would make all the difference of course. The First Selectman appeared very proud of the fact that among the 4 towns analyzed, Fairfield had the best balanced budget in 2014: Fairfield residents funded 93% of their town's expenses followed by Westport at 92%, while the other two towns could not fund their annual expenses quite so well from the taxes collected: Greenwich funded 89%, West Hartford 82% of their annual expenses in 2014.

The meeting was attended by local realtors who seemed very well acquainted with the past and present developments around town. The question and answer time at the end gave me, a newcomer to the area, a practical and very interesting insight into the workings and the goals of the town government.

Nilgun - I would have loved to attend that meeting!   I seem to always be too busy to get to those, and they always sound so great.

Good for you for attending and sharing the information with us! 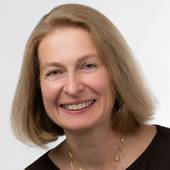