Average price per square foot for Warminster PA was $159, a decrease of 1.9% compared to the same period last year.

There are currently 104 resale and new homes in Warminster including 6 open houses, as well as 99 homes in the pre-foreclosure, auction, or bank-owned stages of the foreclosure process.

The average listing price for homes for sale in Warminster PA was $263,634 for the week ending April 15, which represents a decrease of 0%, or $18, compared to the prior week.

Is it better to buy or rent? Whether renting is better than buying depends on many factors. Low mortgage rates are helping to keep home buying more affordable. According to one analysis homeownership is 38% cheaper than renting in the 100 largest metro areas. 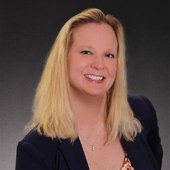