Located up in the Northwest corner of Washington State in Whatcom County and is part of the City of Blaine.  It is also commonly referred to as the community near and around this body of water, but is actually not its own town. Birch Bay is approximately 100 miles north of Seattle, with Bellingham between and 35 miles south of Vancouver, BC, Canada. Birch Bay is a headland bay created by the refraction of incoming waves on the headlands that lie on either side of the bay. The headland to the north is Birch Point, and the one to the south is Point Whitehorn. The waves bend as they enter the bay and lose energy in the process. The result is a half-moon-shaped bay with a gentle sloping beach. The beach has been modified in past years by the implementation of groins and riprap. Terrell Creek runs parallel along a section of the beach, eventually flowing into the bay.

The Real Estate in this area includes condomimiums, time-shares, single family homes, manufactured homes and cabins.  The residents range from retirees to families.  The Tourist vacationing in the area tend to either own 2nd homes, timeshares or stay in either a hotel/condo or cabins.  There is also a State Park with camping or private campgrounds.

There are also a number of wonderful places to eat. Birch Bay has been known for years as a place to clam and crab. Since Birch Bay has some of the warmest water on the Pacific Coast, Birch Bay is a favorite place to swim in the ocean.  The Polar Dip held on January 1st is a popular annual event as well as the Sandcastle Competition in July.

Links provided below for more detailed information about the area.

Stephanie I just love that photo! We here in Washington State are so lucky to enjoy some of the most lovely scenary in the Country. I've never personally visited Birch Bay, but it sounds wonderful.

One of my favorite places in the world! Being Seattle born and bred, nothing compares to the Pacific Northwest. Although I do love the roar of the ocean and the rawness of nature at Ocean Shores, the tranquility of Birch Bay and inland Puget Sound waters bestill the heart. Nice Post! 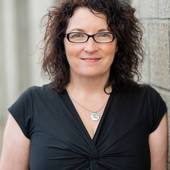