Wallingford's Church of the Resurrection Carnival Wants a Do-Over We all know how uncooperative the weather can be in April, and because of it the Church of the resurrection carnival was forced to cancel the opening day of festivities and saw a marked drop in attendance for the other three days. Because of this, the carnival organizers are going to try keep the carnival in town this week and open it up again on Friday and Saturday, May 1st and 2nd, to let visitors have another opportunity to enjoy the festival in some more hospitable weather. Right now, the weather outlook for those two days is: afternoon showers on Friday with a high of 54 degrees, and mostly cloudy on Saturday with a highs in the low 60’s.

“Wind and unseasonably cold weather have forced the Church of the Resurrection to seek a do over.   Not many in this situation have that option, but with the only major fundraiser and the ailing HVAC system in desperate need of repair the Church at 115 Pond Hill Road in Wallingford may just get that opportunity.  Paul Bankowski, chairman, said Saturday that if the stars are in alignment we just might be able to pull this off. Wednesday's driving rain, wind and hail forced the Church to cancel the night’s event and unseasonably cold temperatures Thursday, Friday and Saturday just kept the people away.  When the Rainbow Amusements Company owner mentioned that he had a free weekend the following week for most of the rides and asked if the church wanted to open again the wheels were set into motion.  Paul approached his committee members with the idea and they all felt that we could attempt a scaled back version the following Friday and Saturday nights May 1st and 2nd.

We will be losing the Ferris wheel and the salt and pepper rides due to another engagement, but the rest will stay in place for another week. The menu will be limited to cheesesteak, fried dough, hot dogs, hamburgers, cheeseburgers, french fries and limited desserts such as ice cream bars and cannoli.  We will try to license the plant and basket booth, 50/50 raffle and the wine and beer, but may not be able to do so in the short timeframe.  Of course the Grand Raffle and Tea Cup raffle cannot be held over due to state regulations; they must be drawn on the date and time stated on the original permit issued back in February.  The committee has already begun seeking volunteers to man the various booths and filing out the necessary permit applications, in the hopes of pulling off an event that usually takes months of planning in just one short week.  Paul said "I have the best committee there is, I have faith that we can do this."

Hopefully everything falls into place and the carnival gets to extend their stay and get some more visitors this week!

Pat and Wayne it is tough planning outdoor events at this time of the year.  Glad they are going to give it one more try.

Yes, we were there on Thursday night and it was wicked cold! This weekend the weather should be much better. 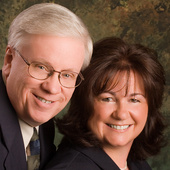