Honey...We've Got Squatters! Can You Believe It?

Last year I read about a Realtor® in my area who became a victim of a very clever maneuver.

It appears that there are a few organizations that are seeking out what they call 'abandoned' properties and finding and placing tenants in these properties. Yes, they are charging and collecting rent. It is happening in neighborhoods of all locations and price ranges. BEWARE: You can expect the squatters to soon be coming to a neighboorhood near you! And for them to occupy a home in the price range of $350,000 is not of the question.

A local TV station, Fox News, did a story in 2014 that caught my attention because it affected a fellow Realtor®. Then a more recent story appeared later the same year. It seems that the 'tenants' have a lease from someone and may well be paying them rent.

During my research one name kept poping up: 'Sovereign Citizens'.  Whatever they call themselves, they are causing problems because one of the tactics used is to slap bogus liens on properties which get held up in the court systems.  If you have the stomach for it, you can watch the interview.  Hard to find and even harder to prosecute apparently.

In Illinois, there is a provision called 'Adverse Possession' that is very specific about what the terms are. It appears that there are other terms within such provision that I need to study further to understand how this can happen and at this time, little can be done about the problem.

I recently became a victim.  My deal is where the property is investor owned and had been vacant during the construction period. Seems that someone timed things just right; after the property was rehabbed.  What perfect timing to move into a virtually new home.  Just days from closing; the deal being in underwriting and it was discovered that a lien was on the property and has a court date nearly six weeks further out.  Anything can happen given that amount of time.

I must admit: in all my years as a Realtor® this has never happened before. Guess you live and learn.

After reading the termite blog by Margaret Rome, Baltimore Maryland one can only hope that the tiny critters are easier to get rid of.  All I can say at this time: It's complicated.

My advice: watch your deals closely, especially when working with investors. It seems to not matter whether the property is occupied or vacant, although it seems to happen more easily with vacant properties.

If anyone has had such experience, I would certainly love to hear about.

How in the hell can this be legal and if there is a loophole why is nothing being done about it to correct it?

That is flat absurd and if it happened to me they and their shit would be tossed out at gunpoint! Thats BS!

Hi David Shamansky.  If only.  It's unreal but it's happening.  And quite different from just reading about it and actually experiencing it.  I can't tell you how sick it made me.  I feel even more for my clients because they finally found a really nice home and fell in love with it.  They just have to wait it out.

One thing for sure: this will not be a problem for long.  What's next, right?

Rebecca - You are right, it is one thing to see something like this on the news, but entirely different having to personally experience it. Hopefully this will get fixed/resolved very soon.

Rebecca, Thanks for the mention.

This is a whole lot more serious than a termite invasion and much harder to eradicate. I have heard of a "professional renter" who would lease a really nice property, stop paying, maintain posession for years..tying it up with legal matters. I do not understand how this can happen.

I have read the adverse possession laws before.  If a squatter moves in and remains in possession unchallenged by the owner, they may claim ownership after a certain period of time, usually years.  This is more likely to happen on a remote piece of land that is never visited by the owner and no neighbors near by to detect the squatters.

Get to know the neighbors and make sure they have your phone number.  Ask them to report any suspicious behavior.  Neighborhood Watch is one solution.

Given realtors are a huge group all around the country and therefore can have a lot of power why then do they not have a law drawn up that would eliminate the squatter laws and make squatters have no rights whatsoever? Given the vast majority loathe squatters and only a small minority (the squatters themselves) it would seem an easy task to have laws drawn up to immediately remove squatters. 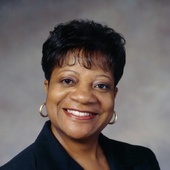