I have not been around here for a while as anyone who knows me may have noticed.

On March 3rd I was injured in a one car automobile accident where I was both driver and victim.  Yes, do the math on that one.  As it turned out as there was no  one else around and I was extremely lucky not to lose either my leg or my life and instead wound up with "just" a fractured tibial plateau and some torn cartilage.

I didn't know what a tibial plateau fracture was on March 3 but I quickly found out that other than breaking your neck this is one of the worst breaks you can get,  The problem is that the tibial plateau supports the femur and without an intact tibial plateau walking is not an option.  A pretty good percentage of people  who suffer this injury never get back anywhere near where they were before the injury, I am not going to be one of those people.

On March 10th I had surgery and had a plate and 7 or 8 screws drilled into my leg to hold the tibial plateau together while it had a chance to heal as well as having the cartilage put back where it belongs.

This is what my right tibia looks like now. As it turns out, the broken leg is just the start of this particular injury.  The knee injury aspect of it is actually much worse than the broken leg, plate and 7 or 8 screws.  Bones heal  pretty easily, they just take time, knees are a different animal.

So, here I am hitting week 10 on crutches this Tuesday and 9 weeks out from surgery.  I had this x ray taken about 2 weeks ago and the bone is healing well.  If you look just above the third screw from the bottom where it intersects with the plate you will see a faint vertical line that goes all the way to the top of the plateau.  This is the main break, largely healed.  There were some smaller pieces broken as well. This piece was broken clean off from the rest of the tibia and pretty badly displaced.  Luckily for  me some of the best surgeons in the world for this particular procedure are located in the Salt Lake City/Park City area due to the preponderance of these that result from skiing accidents.  I feel pretty confident that the surgeon I choose after 3 or  4 days of research, Dr. Tom Higgins at the University of Utah Medical Center, is the single best surgeon to have done my operation that I could have found anywhere in the world and so many thanks to him for what he did for me.  So many who suffer this injury in other parts of the country or the world just don't have access to a truly competent surgeon to correctly repair this and my heart goes out to those people, this can be a truly debilitating injury.

The bone itself is largely healed and barring something unforeseen my surgeon will allow me to start walking on May 28th at my next checkup.

Now, many months of physical therapy are next up to get something resembling full range of motion back in my knee.  I am getting full extension now which is necessary to walk without a limp and just got my flex to 90 degrees at therapy last week.  Every degree of additional flex at this point has to break through scar tissue and a bit of pain is part of my everyday routine now as I work to get back to 100% functionality, though compared to having your leg pinned against a stone wall by a driverless car,  in gear with no one around and being pretty sure as it is happening that your remaining lifetime is being measured in minutes as opposed to years, that is a pretty small price to pay.

I have actually picked up a fair amount of business during my downtime and even closed a few deals.  Thanks to all those who have helped.  I was making and receiving calls from my hospital bed the morning of March 4th, 14 hours or so after the accident to ensure a smooth close on a large transaction that day (a buyer who has already sent 2 very good high end referrals  my way).  I was also on the phone on the afternoon of March 10th a few hours after waking up from my 2.5 hour surgery to work on another closing for another client.  He is a repeat client who has sent a referral  my way as well.  I found that clients truly appreciate a partner who gets the job done for them regardless of the circumstances.

I  am hoping to be back here blogging away regularly on a more ongoing basis in about a month.  Until then, take care and appreciate what you have both in business and your personal life because it can all be taken away from you at an instant at any time.

Me...I have a few things to do to take my leg back and my life back.

Yikes I am glad you are better.  Get well please.

Thanks Tim, working on it.

Oh Scott, I am so sorry, that explains what happen to you.  If there is anything that I can help you with from Denver let me know.

I had noticed and chalked it up to your being busy with your move.  Glad to hear you managed to close some deals...welcome back and we wish you a continued speedy recovery.  E Hugs,  A

Will-You are very kind and having talked to you before I know that you mean that.  I am coming along great thanks to my surgeon and a lot of hard work.

Ron  and Alexandra-Thanks for your concern.  Sorry we never got together this past winter.  Did you ever make it out?  The snow was pretty spotty.

Oh my go! Goodness! You are lucky! Here is hoping you heal even more rapidly and get back to where you want to be faster than thought possible.

I'm sorry to hear of your accident..not fun for sure! You're lucky to survive this ordeal and doing so well. Have missed you thanks for bring us up to speed and please take time to make full recovery!!! 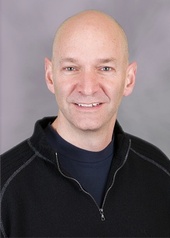